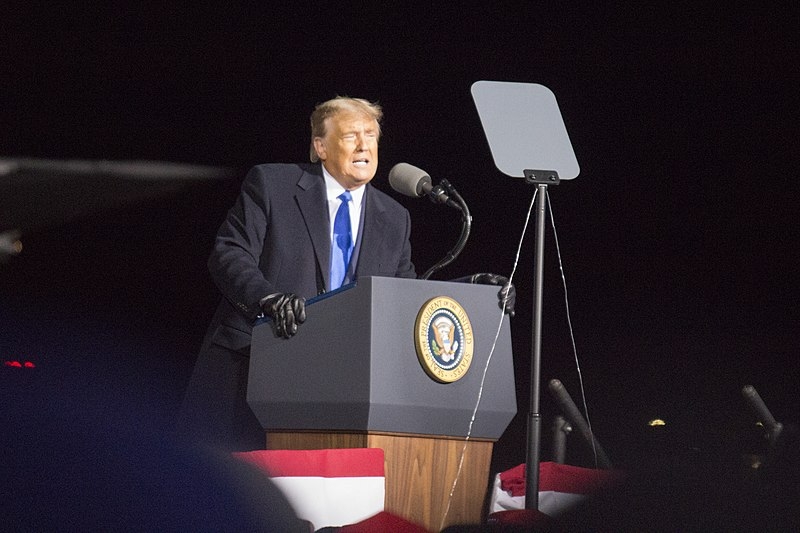 Former President Donald Trump made his first public appearance since leaving the White House as a speaker on the final day of the Conservative Political Action Conference. Upon taking center stage, Trump blasted his GOP enemies and his successor Joe Biden.

Trump was among the political figures that were present during the conference Sunday. During his speech to the attendees, the former president blasted his successor as well as the Republican lawmakers that spoke out against him during the impeachment proceedings. While Trump did not outright declare that he was running again in 2024, possibly challenging other Democratic candidates or even Biden should he run for another term, he has hinted at a run while reasserting his false claims of a stolen election or voter fraud.

Trump spent a lot of his time on stage blasting Biden, describing his first month as “the worst” while calling on his successor to reopen schools and stand up to China. White House officials did not comment on the former president’s remarks, including Biden himself. “I wouldn’t say he’s thought a lot about the former president’s visit - I was going to say ‘performance,’ maybe that’s appropriate - at CPAC,” said White House Press Secretary Jen Psaki.

Whether Trump decides to run for office again in 2024 or not remains to be seen, but the ongoing legal battles he faces would prove it difficult for the former president to reenter politics. Previously, New York prosecutors have now obtained Trump’s tax records after a long-winded battle in the courts. The Supreme Court declined Trump’s request to block a subpoena by the Manhattan District Attorney Cyrus Vance from accessing his financial documents last week.

Accessing Trump’s tax returns is part of Vance’s efforts in investigating the hush money payments made by Trump back in 2016 aside from a wider probe into possible criminal activity in the Trump Organization.