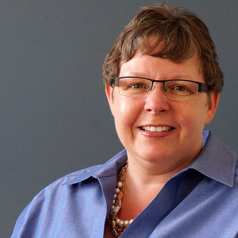 Media have reported allegations of creative cheating strategies at universities across Canada, including hacking grades, bribery and breaking into offices to steal exams.

Nursing students at Brandon University are facing disciplinary action after a final exam at the end of the fall 2019 term became “compromised.” A spokesperson for the university said the exam was “widely available,” according to CBC.

During final exams at Simon Fraser University (SFU) this past December, police arrested a 26-year-old woman who allegedly possessed forged documents. A letter to students from SFU’s registrar and vice-provost said: “We caught someone impersonating a student in order to write an exam in exchange for money,” CBC reported. No charges were laid and the person was released on a promise to appear.

That was not the first time in recent years that police were called after a university suspected identity fraud during exams; other cases have included alleged exam impersonation.

In Canada, news reports about academic cheating may be viewed as isolated, unrelated stories, or nothing as concerning as the situation in the United States last year related to the college admissions scandal. American authorities charged at least 50 people with a range of offences related to bribing university officials to cheating on entrance exams, and critics say the scandal has revealed the admissions system to be “exploitable.”

Yet in Canada, when we start to consider the number of cases that continue to make the news, a picture begins to emerge that Canada is not immune to academic dishonesty. An urgent question also arises: Do the reported incidents point to systemic issues at different levels of post-secondary systems that require broader or co-ordinated responses?

In 2018, a graduate student and I delved into the research literature from Canada on academic misconduct. Our findings showed that scant research has been undertaken in Canada to probe academic cheating. There is a disconcerting lack of information about the current state of academic misconduct in Canada.

The last time large-scale research results were published was in 2006, and they showed that more than 50 per cent of undergraduate students had committed some form of academic misconduct. The survey was conducted at 11 Canadian higher education institutions (10 universities and one college) between January 2002 and March 2003. Respondents included more than 14,000 undergraduate students, over 1,300 graduate students and over 1,900 faculty members. One limitation of this study was that it relied on self-reported data.

To date, research on academic misconduct in Canada has been poorly funded and as a result, remains under-researched.

In our digital age, one key problem in academic integrity is students buying assignments online, or paying someone to complete academic work on their behalf — what’s sometimes called contract cheating.

In Australia, a scandal occurred in 2014 when a media investigation revealed that up to 1,000 students from 16 universities purchased academic work online using a company called MyMaster. It was reported that students had paid AUD$160,000 (more than $140,000) in fees to MyMaster in one year.

The global market for online assignment completion has since been estimated to be worth US$1 billion. In the United Kingdom, contract cheating was declared a “cheating crisis” by 2016.

To date, in Canada, there has been some news coverage about the existence of contract cheating, but little investigation of its extent. For example, in 2018, a CityTV news report discussed how post-secondary students in Toronto can buy completed assignments cheap and fast from online providers.

Scope of the problem

In my preliminary research, I estimate that more than 70,000 post-secondary students in Canada may engage in contract cheating each academic year.

This estimate is based on results from a meta-analysis that found approximately 3.5 per cent of students engage in contract cheating every year. Statistics Canada data shows post-secondary enrolments of around two million students every year, consistently from 2012 to 2017. I multiplied two million students by 3.5 per cent estimated to engage in contract cheating every year to come up with the 70,000 figure.

However, the actual scope of contract cheating isn’t known. A more recent study suggests that contract cheating is on the rise, with up to 15 per cent of students worldwide engaging in the practice, which would mean the estimate for Canada may be low.

In recent research I conducted with colleagues about how college policies address contract cheating, we studied policies of 22 Ontario colleges and concluded that at these institutions exemplary policy has yet to be developed.

To uphold institutional integrity, universities have stripped graduates of their degrees years after conferring them. In 2017, the University of Toronto withdrew a doctoral degree from the director of the Toronto District School Board after an investigation found 67 instances of plagiarism in his 1996 thesis.

A year later, an Alberta judge ruled that the University of Calgary had the right to rescind a master’s degree awarded 15 years prior when it learned a thesis included plagiarism. The incident happened years after graduation, when the degree recipient was teaching at Saint Mary’s University.

These cases are important, because in both instances the individuals involved went on to work in the education sector. This is problematic given that educators serve as role models for students.

In other Commonwealth countries, higher education quality assurance is monitored at the federal level. In Australia, the Tertiary Education Quality and Standards Agency oversees quality assurance. In the U.K., the Quality Assurance Agency for Higher Education provides oversight.

But in Canada, higher education quality assurance is largely left in the hands of provincial bodies. There are currently no large-scale initiatives underway to monitor academic integrity in Canadian higher education nationally.

Last year, a national symposium was held in Canada to address the issue of academic integrity violations, including contract cheating. It was the first time researchers, policy-makers and educators gathered to discuss how to tackle these issues on a larger scale.

As we enter a new decade, Canada must take a stronger stance on ensuring academic quality standards are upheld across the country. This includes having more opportunities for funded research to study academic integrity nationally.