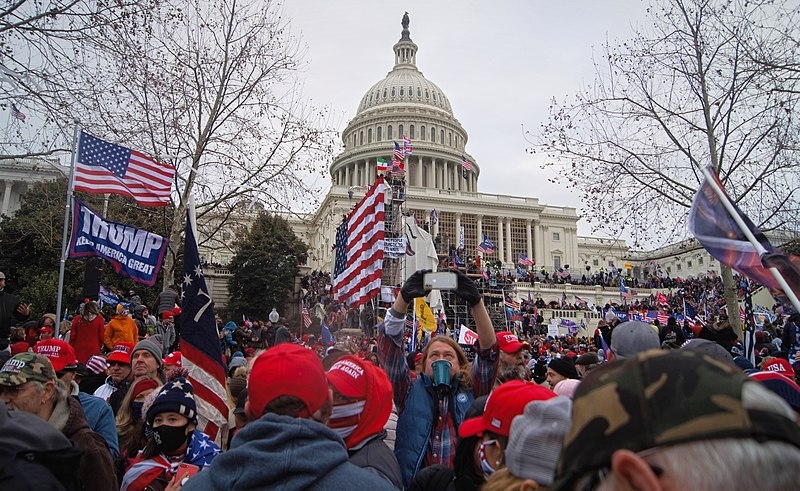 In recent weeks, twice-impeached former President Donald Trump and his former strategist Steve Bannon have attempted to block the House Committee from further investigating the Capitol insurrection. With Bannon’s decision to defy the subpoena and Trump’s lawsuit against the panel, Rep. Liz Cheney suggests that the former president has admitted to being personally involved in the planning.

Cheney, a ranking member of the House Committee, weighed in on the recent moves by both Bannon and Trump, following the committee’s decision to vote to hold the former strategist in contempt. The former president had also filed a lawsuit against the panel as well as the National Archives to block the release of his White House records to the panel, citing executive privilege. Bannon has also cited Trump’s assertion of executive privilege as his reason for defying the committee’s subpoena.

The Wyoming congresswoman speculated that their reasons for not wanting any testimony to be made before the panel might be more personal. Cheney also cited statements made by Bannon on January 5, supposedly hinting at the chaos that would ultimately happen the next day.

“Mr. Bannon and Mr. Trump’s privilege arguments do appear to reveal one thing, however: They suggest that President Trump was personally involved in the planning and execution of January 6th,” said Cheney. “And we will get to the bottom of that.”

The White House has recently reiterated that it is overriding Trump’s attempts to claim executive privilege and has already authorized the National Archives to turn over records from the Trump White House regarding and on the day of the Capitol insurrection.

Previously, a whistleblower came forward revealing that high-ranking leaders among the Capitol Police purposely did not take any action as they watched the insurrection take place. However, according to Politico, the whistleblower said that they have not been contacted by the House Committee to testify yet.

According to the outlet, the whistleblower said that the committee also needs to focus on the police force in its investigation and that they are willing to testify if the investigators reach out to them.

The House Committee is still trying to enforce the subpoenas on Bannon, as well as other subpoenaed individuals in Trump’s inner circle.