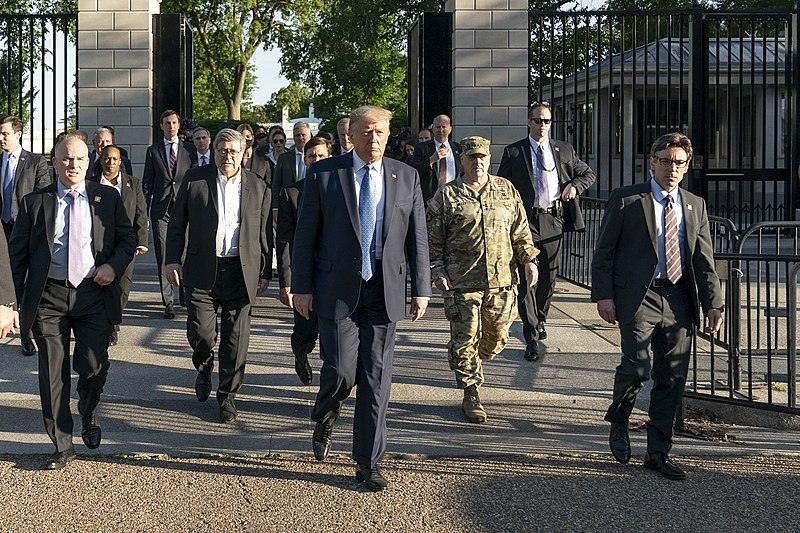 The main cause of the Capitol insurrection last January 6 was that of twice-impeached former President Donald Trump’s refusal to admit defeat to Joe Biden. As the House Select Committee is moving forward with its investigation, it is also going to put some focus on Trump’s attempts to use the DOJ to subvert the 2020 elections.

CNN’s Annie Grayer reports that the bipartisan panel investigating the Capitol insurrection is becoming more interested in finding out about the interactions Trump made with his Justice Department. This comes as former DOJ assistant attorney general Jeffrey Clark would be facing a possible disbarment for his involvement in the efforts Trump made to overturn the 2020 elections. According to the outlet’s report, a case against the former president can potentially be linked to getting Clark to testify before the committee.

This also follows the testimony and questioning of former DOJ acting attorney general Jeffrey Rosen in front of the committee. Rosen replaced Bill Barr to lead the Justice Department in Trump’s final weeks in office, and ultimately resisted Trump’s calls to intervene in the 2020 election results.

“Both moves underscore that the panel is interested in learning more about how Trump attempted to pressure top officials to investigate claims of election fraud during the former president’s final days in office -- an issue the committee has said is a focal point of its sweeping probe into the events around January 6,” said Grayer in the report.

The report also noted that the committee’s chair, Rep. Bennie Thompson has already said that the findings from the Senate judiciary probe are helpful in the panel’s investigation, but the committee wants to make it clear that it wants to hear from the former Justice Department officials themselves.

Clark has already been given a subpoena by the House Committee to appear and testify before them. It remains to be seen whether Clark would comply or not as the panel has already warned that attempts to defy the subpoena would lead to a criminal referral to the DOJ. Clark is already accused of working closely with Trump in the efforts to push Rosen into pressuring state officials in Georgia to overturn its results and give its electoral votes to Trump.

The Senate Judiciary Committee released a report on the results of its eight-month investigation. The committee has referred to the DC bar’s disciplinary counsel to investigate Clark and take the proper disciplinary action.