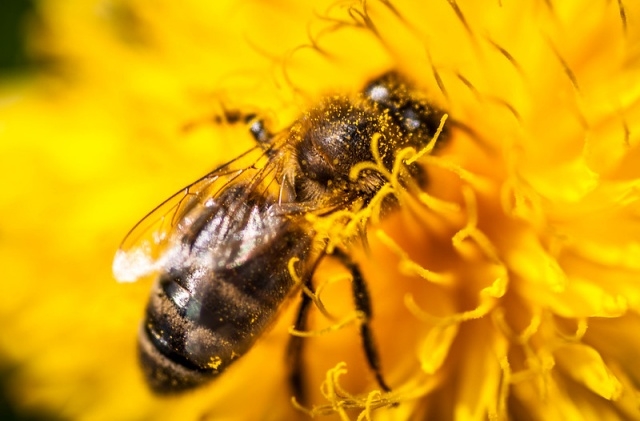 The search for cancer cure continues and one study reveals great news regarding breast cancer. The Harry Perkins Institute of Medical Research discovered that venom from honeybee can kill aggressive breast cancer cells within 60 minutes!

In the study that was published in the NPJ Nature Precision Oncology journal, the researcher Dr. Ciara Duffy stated that a compound in the bee’s venom can rapidly kill cancer cells. This is even the aggressive types - the ones that are considered hard to treat breast cancer cells.

The effectiveness of honeybee in treating breast cancer

The researchers see the honeybee as an effective cancer cure for breast tumors. They also tested the venom’s effects when combined with chemotherapy medicines and found astonishing results when it showed efficiency in reducing the growth of the tumor.

Then again, this was only tried in mice at this point. They said that they still have a long way to go but they are getting there as they push through with their aim to find a cancer cure after this exciting discovery.

Dr. Duffy is hoping that this research will lead to the development of cancer cure for triple-negative breast cancer that currently has no clinically effective treatment or therapies yet. She stated that the honeybee venom could be the answer after being proven to be extremely potent.

“We found that the venom from honeybees is remarkably effective in killing some of these really aggressive breast cancer cells at concentrations which aren't as damaging to normal cells," the doctor said via press release.

How they carried out the research

In the tests, the researchers synthetically reproduced the melittin, a major component of bee venom. They discovered it showed the same anti-cancer effects of the venom.

"We tested a very small, positively charged peptide in melittin, which we could reproduce synthetically, and found that the synthetic product mirrored the majority of the anti-cancer effects of honeybee venom," Dr. Duffy said. "We found both honeybee venom and melittin significantly, selectively and rapidly reduced the viability of triple-negative breast cancer and HER2-enriched breast cancer cells.”

This simply means that they found the bee venom to be powerful. In fact, the effects of the venom start within the first 20 minutes where it shuts down the pathways for the reproduction of the cancer cells.