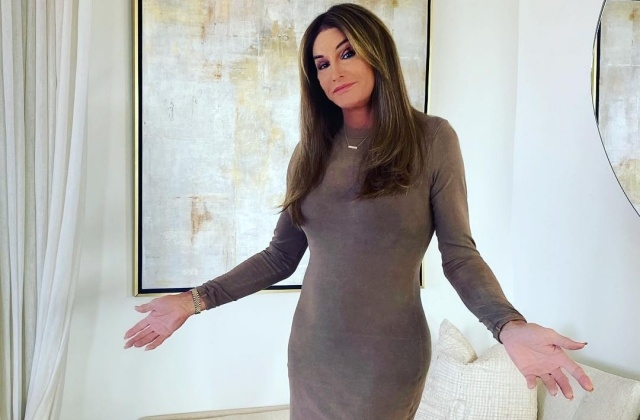 Caitlyn Jenner and Sophia Hutchins have long been reported to be in a serious relationship. They openly admitted that they are romantically involved in 2018, and since they have been dating for a long time now, news of their wedding keeps coming up in tabloids.

It was in 2018 when Sophia confirmed she is dating Caitlyn Jenner, a former Olympian who is also Kylie and Kendall Jenner’s father. The 24-year-old model revealed their relationship status through Heather McDonald’s “Juicy Scoop podcast, as per Cosmopolitan. During her interview, she said that their relationship was more of a parental than romantic type.

"It was never romantic. It was never sexual. It was very much friends," she told McDonald. "That's kind of the extent to our relationship. It's very parental, very protective but, at the same time, it's also businessy."

Now, this year, National Enquirer reported that Caitlyn Jenner and Sophia Hutchins are getting married. The tabloid also reported that the couple could not stop fighting over their wedding details so this is hindering their plans.

In the latest report, the magazine alleged that a source revealed to them that Caitly and Sophia just can’t agree on anything so the fight was constant while they were planning their wedding.

“They've been bickering over everything such as the date, the guest list and even the music to play,” the so-called source told National Enquirer. “Cait finally got sick of trying to please Sophia over every little thing."

Are Caitlyn Jenner and Sophia Hutchins really getting hitched already? Gossip Cop went on to investigate to find out the truth and after speaking Kylie Jenner’s dad’s spokesperson, the publication confirmed that it is not true at all.

Gossip Cop also debunked many of Caitlyn Jenner’s news before and this is just one of those reports that it straightened out for the transgender reality star and businesswoman. Meanwhile, many people are not familiar with Sophia Hutchins, also a transgender.

She is a businesswoman who graduated with a degree in economics and finance in 2018. She works as the CEO of the company she owned called the LUMASOL, maker of odorless SPF sunscreen mist.