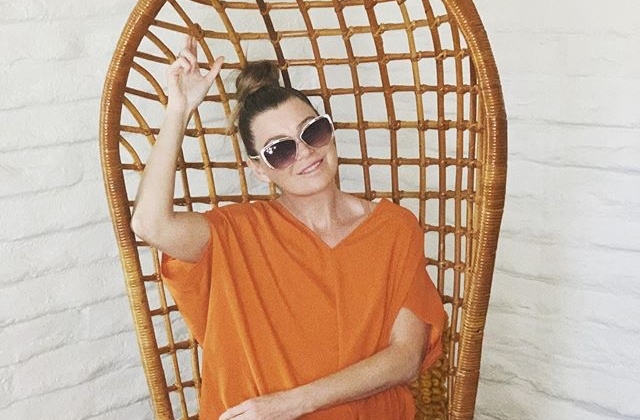 Ellen Pompeo is well-known for her role as “Grey’s Anatomy’s” Dr. Meredith Grey and while her drama is going strong, her marriage is allegedly not. It was reported that she and her husband, Chris Ivery, are headed for divorce.

OK! Magazine reported that Ellen and Chris’ marriage is falling apart and it has already reached the end. “The truth is, they grew apart and have seemingly been living separate lives for a while,” the insider supposedly told the tabloid. “Chris and Ellen were an odd match from the start.”

It was added by the so-called source that the news of Ellen Pompeo’s split may come as shocking news to her fans but people who know and close to them already saw it coming. In fact, their friends have known this will happen since a long time ago.

The alleged cause of their marriage’s breakdown

The tipster claimed that their marital issues are mostly hinged on the fact that Ellen Pompeo is one of Hollywood’s highest-paid TV actress. It was said that her husband feels uneasy not only because his wife is earning more than him but he has issues with her sexy scenes too.

“There have been talks that Chris has had issues with Ellen’s success and with her career,” the tipster said. “Whenever she had a sexy scene with a costar, Chris would come on set and hover and Ellen would try to make excuses for him but he just never seemed at ease with it all.”

The magazine stated that if Ellem Pompeo and Chris Ivery decided to push through with the divorce, a lot is at stake. Plus, it was suggested that the court battle will be messy and $85 million is involved since this is their estimated combined net worth. The two are said to be acting amicable only for their kids but in truth, they are totally in bad terms.

“Ellen and Chris may be going through growing pains right now but they’re devoted to their kids,” the source said. “No matter what happens, they’re committed to co-parenting.”

Gossip Cop contacted someone from the actress’ side and explained that this news is false. This rumor about Ellen Pompeo’s marriage woes is quite insulting because in truth she and Chris are doing well as husband and wife even after more than a decade of marriage. She is a devoted wife who surely loves Chris dearly.

“My husband is a fantastic guy, and very, very secure,” Ellen said in an interview via Good Housekeeping. “I think that’s probably why I’m so into him — because he’s got so much swag. He’s just so secure that nothing shakes him."

Moreover, just last week, she was spotted with her family while they were out for a stroll near their home in L.A. In the pictures, she’s clearly walking with her husband and these images alone confirm that there is no divorce.