Eva Mendes, Ryan Gosling rumors: Couple feuding over the actor’s work? Actress allegedly does not want her husband to go back to work 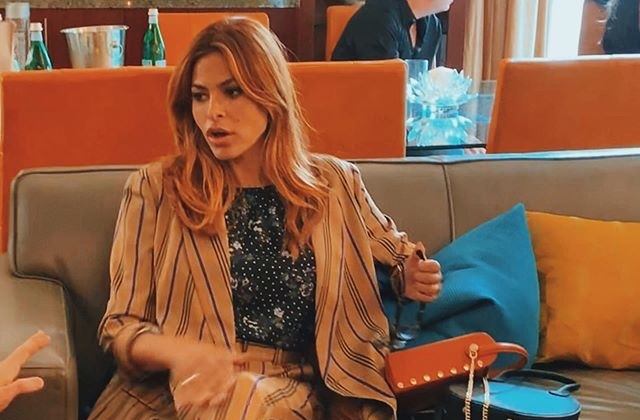 Eva Mendes and Ryan Gosling are said to be fighting while quarantining together, and this started when the actor decided to go back to work. The pair’s feud is said to be serious that it may be a crack in their marriage that could lead to divorce.

The cause of their marital woes in time of the pandemic

As per OK! Magazine, Ryan Gosling, is getting ready to go back to the grind after months of staying at home due to the coronavirus outbreak. It is not just months because he is actually on hiatus for around two years now, so he is planning to return and make his comeback to Hollywood.

However, the tabloid alleged that this plan does not sit well with Eva Mendes, the actor’s wife. She is not thrilled with the idea of her husband going back to work after a two-year break. It was claimed that the reason for her objection is that - Ryan Gosling will never be home as often again to help her with the chores.

“She’s gotten used to Ryan being home and helping out with the kids and the chores,” the source supposedly told the tabloid. “The big worry is that their routines will be turned upside down without him there every day. Eva is even begging her husband saying, ‘please don’t go.’”

The unnamed insider further shared that the 39-year-old “La La Land” actor truly loves his family, but he really needs to work again. It was implied that Ryan Gosling knew that Eva Mendes would be furious as the source stated that “he is bracing himself for the meltdown that’s sure to come.”

To make it sound more convincing, OK! Magazine wrote that Ryan Gosling and Eva Mendes originally have issues with the former’s career. The report suggests that the couple’s problem regarding the actor’s work is not a one time issue, but they have discussed this in the past too. The actress is upset because filming takes her husband away from home for weeks.

To determine whether this rumor about Ryan Gosling and Eva Mendes is true or not, Gossip Cop reached out to the latter’s rep for comments. The publication immediately got its answer, and it was correct in its guess that the story is false. Her spokesperson called the report as nonsense, and that says it all.

Besides, it was already proven that Eva Mendes will not be upset with her husband over such a thing because she loves him dearly. She even said once that it was Ryan Gosling who changed her mind about having children.

"Falling in love with him made sense for me to have not kids but ‘his’ kids. It was very specific to him,” the actress stated during an interview with Women’s Health. “I didn't see myself as a mother until I met Ryan.”