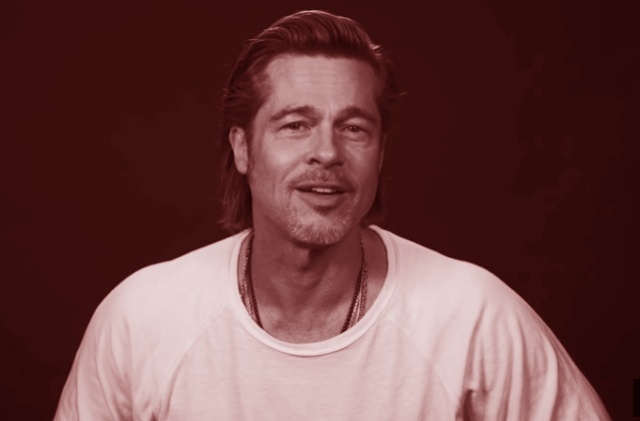 Brad Pitt is said to be interested in someone new. He is reportedly eyeing the newly-single Adele who also recently showed a great make-over after losing 50 pounds.

Adele made a move on this actor

In a report that appeared on New Idea, while it was reported that it is Brad Pitt who is interested in the songstress, it was suggested that Adele also likes the actor. In a controversial claim, the magazine stated that the singer already made a move on Angelina Jolie’s ex!

The publication wrote that with her new slim figure, she gained so many admirers and Adele took advantage of this and flirted with some of them. In the recent months that she is enjoying the attention and flirtation with the guys, it was said that Brad Pitt had caught her attention the most.

“Adele has been putting herself out there romantically,” an unnamed tipster supposedly told New Idea. “She feels great and is getting a lot of attention from men. Most recently, she’s struck up a bit of banter with Brad.”

The source further alleged that the 32-year-old British singer was enamored with Brad Pitt because of his sense of humor. Plus, she likes his conservative background.

Now, since her secret is out, it was said that Brad has a positive reaction to Adele’s move on him. He actually realized she is great and now he is smitten and wants them to date.

“Brad not only thinks she’s beautiful but she has him in stitches of laughter whenever they hang out or chat on the phone,” the tipster claimed. “She’s got a potty mouth which appeals to Brad given his conservative upbringing.”

Brad Pitt is said to be really hoping that things between them will turn out well. He thinks that they can give romance a real shot but he is not sure if Adele also feels this way.

Gossip Cop stated that this report is misleading which means it is not true. The publication also noted that New Idea has been fabricating narratives on Brad Pitt’s love life that they don’t really have knowledge of. Also, someone in the actor’s circle refuted already dismissed this baseless claim.