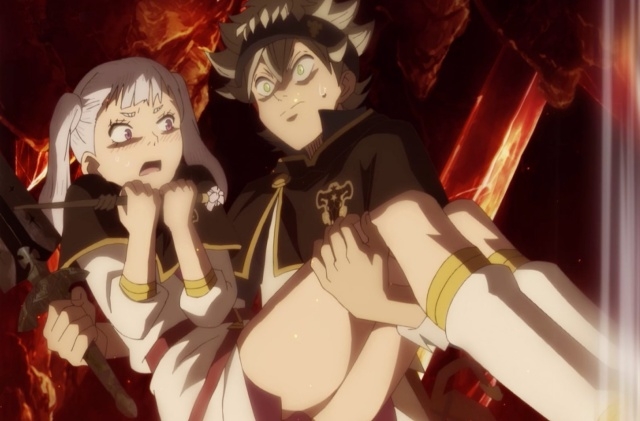 The chaos in the kingdoms is not yet over, and while many of the knights have died or gravely hurt, those who remain continue to defend the lands against the Dark Triad and its leaders. These baddies want to free the devils from the underground and let them destroy the land, but knights will not allow this.

While it appears that the Dark Triad is winning, the knights are not giving up, and they continue to fight the members of the villainous group. Noelle and Lolopechka previously managed to damage Vanica, although she can regenerate through the powers of Megicula. Their battle is not yet done, but the focused in the previous “Black Clover” chapter 257 titled “Rise of Action” was on Yami and Dante’s fight.

The chapter began with Yami Sukehiro apologizing to Dante for blasting his body and making hi lose his torso. The villain was very surprised, but he told Yami that he could regenerate fast because he is not human anymore. He also said that he couldn’t die or even age, and at that point, Yami realized that he can’t defeat Dante.

At the end of the chapter, Yami said that he can’t win against Dante, so he needed help. He called out Asta, who suddenly stand back up, and they are ready to attack.

Asta is back up again in “Black Clover” chapter 258, and he is ready to team up with Yami. They feel that they will finally defeat Dante with their combined power.

The faceoff in the upcoming chapter could be the biggest fight in the story. This is also interesting and fans are excited to see it because it has been quite some time when they last saw a student and his master standing side by side to beat up their enemy. Now “Black Clover” chapter 258 will show them facing Dante together and they are predicted to finally win since the extent of Asta’s power may even surpass his limits.

Finally, “Black Clover” chapter 258 will be officially released on July 19, as shared on Otakukart.

Fans can read this for free via Viz Media website and Mangaplus app. The raw scans are expected to be up by July 17.