‘Better Call Saul’ season 6: Cameos, Jimmy’s transformation and all the other details you should know before the premiere 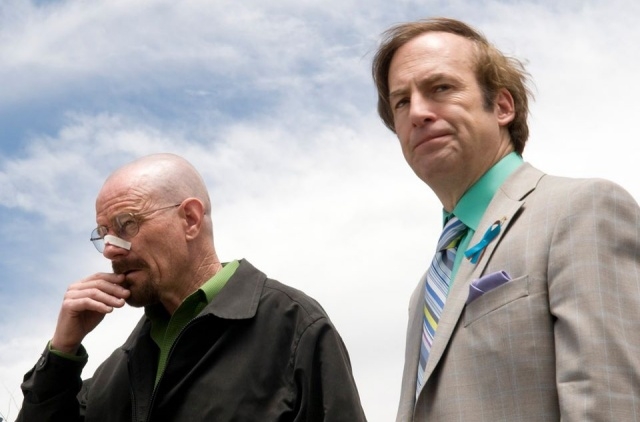 The final season of “Better Call Saul” is coming up next, and this is a piece of bittersweet news for the fans. They are happy because another season is on the way, but then, this will be the last run.

As “Better Call Saul” season 6 is preparing for its return for the last time, followers of the series already know that Jimmy McGill is set to fully change to his “Breaking Bad” Saul Goodman’s character. This transformation did not happen in the previous season 5, but he was getting there.

Plot prediction for the finale

In the upcoming “Better Call Saul” season 6, Jimmy is expected to turn into a crook lawyer. And based on the last season’s finale, he will have the support of his wife, Kim Wexler, as she herself appears to be changing as well.

As per The New York Times, the actress playing the character, Rhea Seehorn, confirmed that Kim is turning to the dark side too. She said that Kim will change like her husband, and in “Better Call Saul” season 6, they could be facing danger, so they had to be fierce too and fight back since they will be suspected of a conspiracy by Lalo Salamanca (Tony Dalton).

The finale will pick up from season 5’s ending, where Jimmy collected the bail money for Lalo, but that was not an easy task. A gunfight broke out, and he could be suspected of doing something against the cartels, so he is technically in trouble after getting Lalo out of jail.

On the other hand, Kim is also setting up a plan to take down her former boss Howard Hamlin. She revealed this to Jimmy, and they may work together once he fully transformed to Saul Goodman because he was reluctant to accept her wife’s scheme at first.

Fans will see the show longer this time because “Better Call Saul” season 6 is set to be released with a total of 13 episodes instead of the regular 10. There are also rumors that since the timeline of “BCS” has reached the “Breaking Bad’s” already, Aaron Paul and Bryan Cranston may appear in a cameo role.

Although the two said that they are willing to appear in the finale of “Better Call Saul,” there is no confirmation from AMC yet. Lastly, filming for season 6 did not push through in February and with this delay due to the COVID-19 pandemic, the earliest date that it may be released is in the last quarter of 2021.