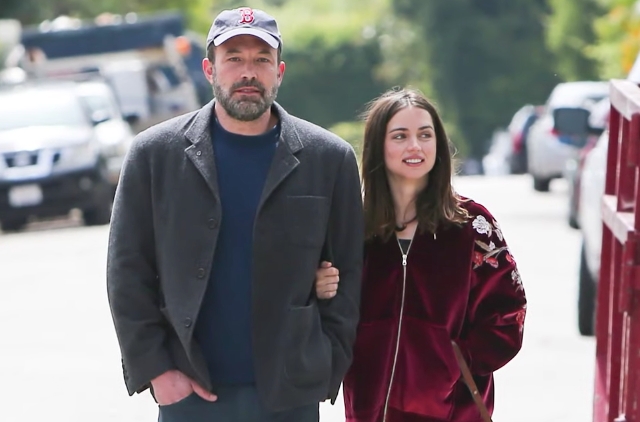 Ben Affleck and Ana de Armas have been open about their relationship since they were spotted together. The couple has not publicly acknowledged their dating status but their paparazzi photos say and confirmed it all.

The pair work in the film “Deep Water” and filming began in November 2019. They play husband and wife and since then, they appeared to have been inseparable. They were spotted together in February and in March they went on a vacation to Cuba.

It was reported that Ben Affleck and Ana de Armas are also quarantining together since the lockdown and based on the photos, they enjoy their time together amidst the pandemic. Many news outlets suggest that the two have never separate again since their movie filming ended and now it was reported that the actress is already pregnant.

As per Australia’s Woman’s Day, the two are expecting and observant people may even see Ana’s baby bump when they are out of their home. Moreover, in the article titled “Ana, Ben, and Baby Make Three,” a photo was posted and her supposed baby bump was highlighted with an arrow.

The magazine added that Jennifer Garner’s ex-husband was extra attentive to his girlfriend and now they know why. The couple’s matching heart necklace pendant is also said to be another indication that Ben and Ana are set to welcome their first child soon.

“Ana desperately wants to be a mum, so everyone predicted she’d talk to Ben into getting her pregnant, but she might have managed it sooner than we thought,” the tipster alleged.

“I’m sure Jen won’t be thrilled with the idea, especially if she had to hear about it on Mother’s Day. She’s not convinced Ana’s in it for the right reasons and a kid would make that even more complicated.”

The truth about the pregnancy

While some people may be convinced that Ana de Armas is already pregnant, Gossip Cop dismissed the rumors because it was just a baseless allegation. It pointed out that it is obvious that the actress is not expecting because all her recent pictures show her with a very flat stomach.