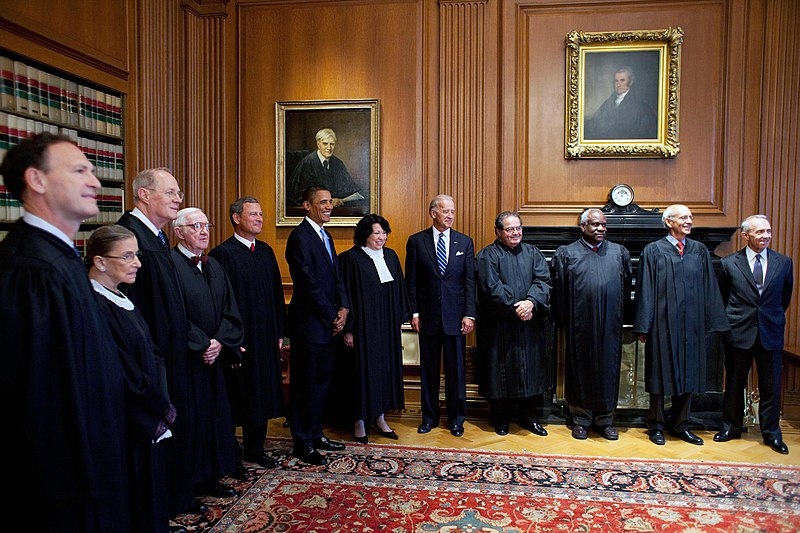 The passing of Justice Ruth Bader Ginsburg last week had a major impact on both parties, with Republicans scrambling to have the seat filled before elections. However, former President Barack Obama has weighed in, echoing calls from fellow Democrats to honor Ginsburg’s final wish.

Ginsburg passed away on Friday last week from complications of pancreatic cancer. Many tributes were made in honor of the late Justice as lawmakers from both sides expressed their condolences. Hours after Ginsburg’s death, Obama released a statement on Medium, saying that the Senate should respect Ginsburg’s final wish in selecting a replacement after the November elections.

Obama also shared how his own nomination of Merrick Garland for Supreme Court Justice back in 2016 was blocked by Senate Majority Leader Mitch McConnell, who said that the selection of a new SCOTUS Justice should be done after the elections. Obama nominated Garland to fill in the seat left by the late Antonin Scalia, but McConnell blocked the move saying that it was too soon. With the Senate now controlled by the Republicans, McConnell has made a reversal on this move saying that Donald Trump’s nomination would receive a vote.

“Four and a half years ago, when Republicans refused to hold a hearing or an up-or-down vote on Merrick Garland, they invented the principle that the Senate shouldn’t fill an open seat on the Supreme Court before a new president has sworn in,” said the former president. “A basic principle of the law - and of everyday fairness - is that we apply rules with consistency, and not based on what’s convenient or advantageous in the moment.”

Meanwhile, Obama’s upcoming memoir titled “A Promised Land,” will be launching on November 17, two weeks after the elections. The former president shared the news on Twitter, saying that the book is his attempt in giving an honest look into his two terms as president. Obama also writes about the global financial crisis, as well as his historic healthcare reform legislation also known as the Affordable Care Act. The former president also writes about the 2011 air raid that killed Osama Bin Laden.

A Promised Land is published by Random House and will be made available in 25 languages.