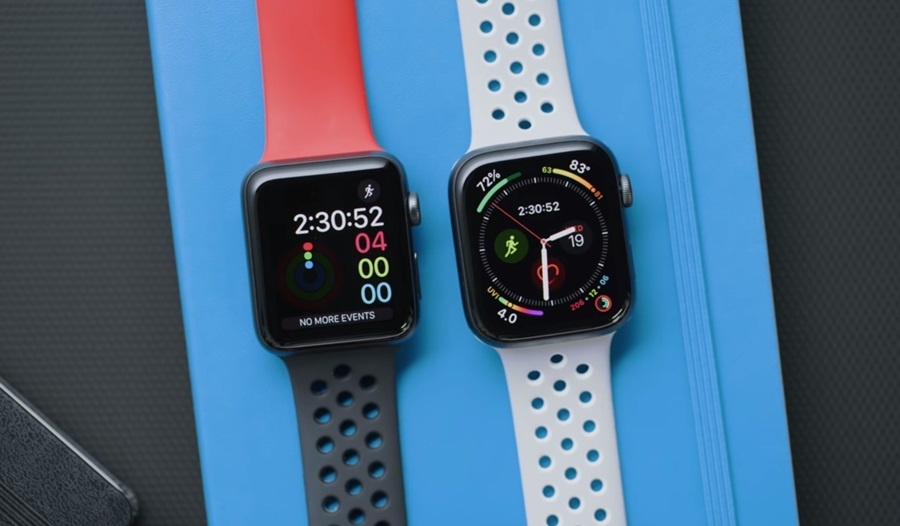 The Apple Watch 5 is being billed as the first entry for the entire series to be a completely independent device. Prior variations of the wearable required users to pair the device with an iPhone to easily navigate its UI.

Now, Apple Watch 5 will no longer have such restrictions as updates for it will be available for download over the air. A dedicated Apple Watch App Store will also bolster this independence, a decision that has resonated positively among fitness buffs and general users alike.

It appears that the Cupertino-based giant is trying to broaden its reach with the Apple Watch 5 and it’s high time that it did. Although Apple is still the global market leader in wearable purchases, competition is slowly catching up, MacRumors reported.

Apple Watch 5 will be pushing the competition back

Indeed, it was only last year that Apple was enjoying a 67 percent global market share in terms of wearables, but 2019 saw that number dipped down to 51 percent. Samsung and Fitbit are two rivals that have taken a chunk out of Apple’s revenue, but the Apple Watch 5 is expected to push back hard.

At least, that’s what the tech giant is hoping to accomplish with the fifth entry. There have been a lot of rumors surrounding the Apple Watch 5, and even if half of them is true, then the company will definitely solidify its number one position. The Apple Watch 4 sported the ECG feature that proved to be quite the hit among users.

Now, the Apple Watch 5 will be expanding more on the series’ health features with rumors claiming it will have noise monitoring, sleep tracking, blood glucose monitor, and blood pressure monitor among other things.

There’s even the talk of the Apple Watch 5 being outfitted with a dual camera, but that feature will highly likely remain a rumor given that the device will be dropping soon. The source of the speculation sparked when 9to5mac reported that Apple filed for a patent for such design in June.

With the fifth entry likely to drop in September, there’s simply no time to integrate such ground-breaking feature to the Apple Watch 5. There’s no doubt that the fifth entry will provide Apple with a considerable amount of money since its kin has been making a lot of positive headlines on the web. Just last month, The Telegraph reported that another Apple Watch user had been saved thanks to the health feature that alerted the individual that he’s suffering a heart complication called ventricular bigeminy.