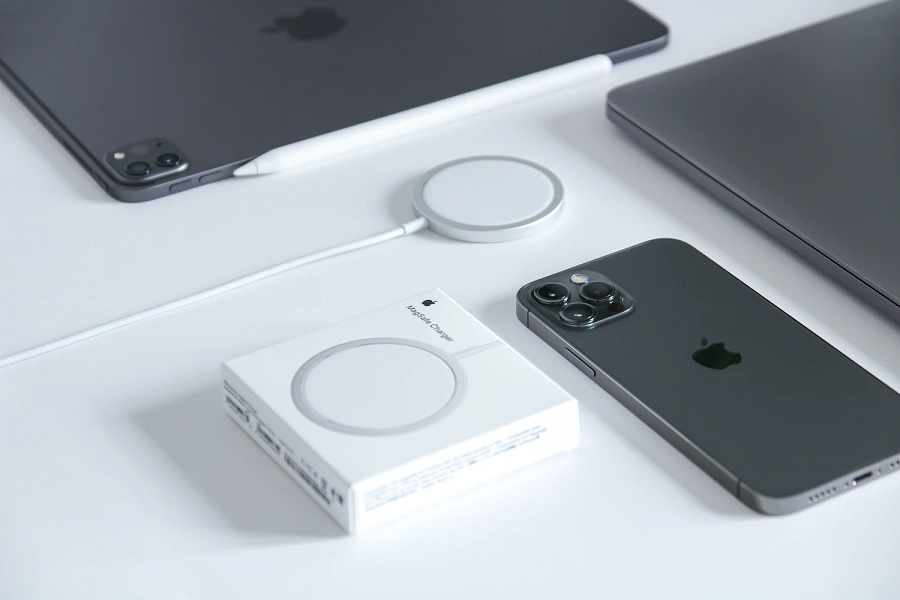 The announcement of the MagSafe Battery Pack proves that the magnetic component added to the iPhone 12 series opens up the devices to more features not available to its predecessors. The new battery pack may seem pricey for $99 compared to third-party power banks, but it could be enticing to iPhone 12 users now that Apple subtly confirmed it makes use of a rumored reverse wireless charging function.

In a new support document, as spotted by 9To5Mac, Apple details various ways to charge the MagSafe Battery Pack. One of them seems to work with a reverse wireless charging solution. The company says the battery pack can be charged by attaching it to an iPhone 12 and then plugging the latter into a power source. “You might want to charge this way if you need to connect your iPhone to another device while charging, like if you're using wired CarPlay or transferring photos to a Mac,” Apple adds.

While the document does not directly use the terms “reverse wireless charging,” the description suggests that iPhone 12 can relay power onto the MagSafe Battery Pack, which is practically how reverse charging works. Apple noted, however, that the iPhone might need to store 80 percent charge or higher before it starts charging the power bank.

It can be recalled that a portion of an iPhone 12 FCC filing was discovered last year to be referring to a “Wireless Power Transfer” feature. It sparked speculations on whether or not the new iPhone series is actually equipped with reverse wireless charging functions. Apple has not directly confirmed its availability, but the MagSafe Battery Pack support page seems to agree with the previous assumptions.

It is unclear, though, if the iPhone 12 is going to do the same for other accessories since the only known reverse wireless charging right now is tied to the MagSafe feature. But it makes the wait for the iPhone 13 (or iPhone 12s) announcement more interesting.