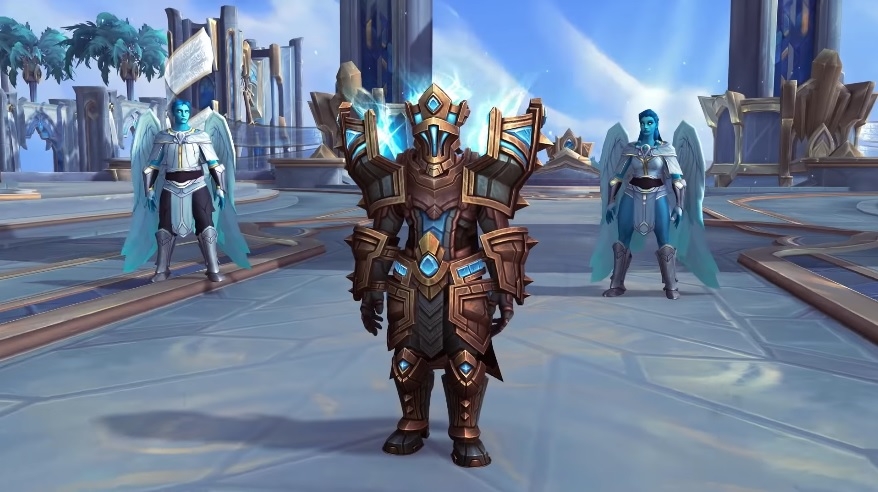 Blizzard Entertainment has officially opened the “World of Warcraft: Shadowlands” beta and lucky players invited to join can now experience what it’s like to choose a Covenant to join. Meanwhile, the developer also denied rumors that the game expansion will be launched in the upcoming Xbox Series X console.

Players will encounter four different Covenants while leveling, which will be levels 50-60, in “World of Warcraft: Shadowlands.” Each Covenant has a different role in keeping the order in Shadowlands, and it also means they have unique tools and soulbind abilities.

From level 50-60, players will be immersed in the “World of Warcraft: Shadowlands” lore by also meeting one Covenant at a time. Beta confirmed that the leveling activities will begin with the Kyrians in Bastion, war expert Necrolords in Maldraxxus, the Night Fae in Ardenweald, and the vampires Venthyr in Revendreth.

Once players reach level 60, the new max level in “World of Warcraft: Shadowlands,” they will have to pick one Covenant to join. This is where players will have to think about the unique characteristics, tools, abilities, and storyline of the Covenants and compare those to the class they have been playing with in earlier expansions.

Making a decision may seem difficult, but that’s the beauty of having the Covenants introduced while leveling in “World of Warcraft: Shadowlands.” That should give players enough reasons to consider in choosing what Covenant they will pledge to upon reaching level 60 and entering the final zone in The Maw.

‘World of Warcraft: Shadowlands’ beta: How to join

Not every fan gets to access the “World of Warcraft: Shadowlands” beta, unfortunately. To get a chance at getting invited, players will have to opt in to the program. They can do so by clicking the “Beta Opt-In” button on the expansion’s official website. It is still not a guarantee of receiving an invite, but it lets Blizzard know which accounts are willing to test an early version of the expansion.

Those who are not that lucky will have to wait until the official release of “World of Warcraft: Shadowlands.” Blizzard has yet to announced a specific date, but the developer promised it will be live later this year.