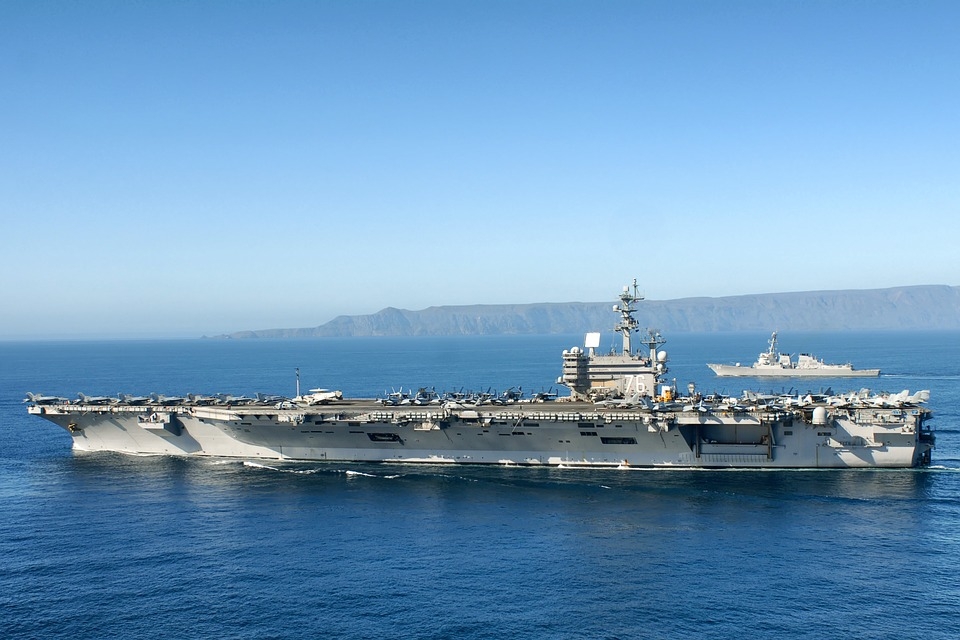 With the United States prepared to defend Taiwan from China’s aggression, the Communist nation is preparing for a situation where it would be engaging with the US. Fears of sparking a World War 3 have since been raised as China has made a simulated attack on a US aircraft carrier.

US intelligence reports and allies have revealed that China has made simulated attacks on US aircraft carriers days following the inauguration of Joe Biden as president. The attacks took place within Taiwan’s airspace, where Chinese air forces were conducting exercises against the USS Roosevelt, which became its simulated target. The aircraft carrier was stationed within Taiwan’s waters and is part of the US Indo-Pacific Command that was deployed into the South China Sea last January 23. This was confirmed by Taiwanese and US intelligence, which were able to intercept the cockpit conversations of Chinese H-6 bomber pilots who are revealed to be carrying anti-ship missiles.

“Chinese military aircraft simulated missile attacks on a nearby US aircraft carrier during an incursion into Taiwan’s air defense zone. This happened three days after Joe Biden’s inauguration, according to intelligence from the US and its allies,” tweeted US-based thinktank Missile Defense Advocacy Alliance.

The simulated attacks by Chinese forces also follow the maritime drills that were conducted at the highly disputed waters. Beijing ordered conducting naval drills off the Leizhou Peninsula on Wednesday, February 3, and will continue until Saturday, February 6. China’s maritime safety administration has since restricted entry into the region as the drills are set to take place.

Meanwhile, Iran has also commented on the growing tensions between China and the US, especially noting the growing presence of the Communist nation and its tensions with several countries over territories. The Islamic nation’s foreign minister Mohammad Javad Zarif has warned the US leader that the US has to accept that the world is no longer centered on the West. Zarif also criticized the lack of decisive action by European leaders in the recent conflicts.

“The world has changed. We have a multitude of players. We have a transfer of the centers of power,” said Zarif. “We do not live in a Western-centered world and they will have to come along and they have to accept that reality.”