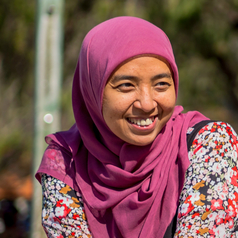 The third round of regional elections (Pilkada) in Indonesia, held on June 27 2018, showed an increase in women’s electability as local political leaders.

Of 94 women who ran for local government offices, 31 (33%) were elected. This is almost 2% higher than the previous year’s elections. Overall, women won 31 out of 338 positions (9.2%) as local head and deputy leaders.

As the table below show, one-third of female candidates compete to become regents. The second-largest proportion is for the vice regent’s office, followed by vice mayor and mayor.

Only two women ran for governor. Another five female candidates competed for vice governor posts. This shows that women’s participation in the elections is not spread evenly across the three levels of regional governments.

However, the results suggest that even though only a handful of women ran for governor or vice governor, they are very effective in gaining votes. Women’s electability as governors reaches 50%.

This is a direct consequence of Khofifah Indar Parawansa-Emil Elestianto Dardak’s victory in East Java, with 53.55% of the vote and a margin of 1 million votes, for Saifullah Yusuf-Puti Guntur Soekarno. Women also won deputy governor positions with a 40% success rate.

Women who ran for vice mayor demonstrated a significant success rate of 37.5%. The lowest electability occurs at the level of city government, where only a quarter of female candidates won.

Aside from electability, the 2018 elections also displayed an interesting trend in terms of the backgrounds of women who were elected as local leaders.

The winners mainly come from the private sector, except in the vice mayor and deputy regent posts. This implies that financial strength plays a key role in local political competition.

On the other hand, it is crucial to observe how candidates in general categorise their career paths. For example, Khofifah Indar Parawansa has been a politician for a number of years – a member of parliament since 1999, her latest portfolio was social affairs minister – but was grouped as a candidate from the private sector category in the Election Commission data cited in this report.

Other groups that are dominant are legislative members (national and local) and former mayors or deputy mayors.

Results from the 2018 regional election show that female mayors and vice mayors are more likely to be successful in keeping their seats compared to those who are trying to extend their posts as regents and vice regents.

In addition, the distribution of candidates’ backgrounds shows legislative members have a good chance of being elected as executives. The political and social capital built up while sitting in parliament can increase women’s likelihood of becoming local political leaders.

Various records of the results of the 2018 regional elections show that women’s electability continues to increase even though the rate is gradual. This increase is a positive indication for women’s representation as local political leaders.

With the authority of regional government becoming increasingly significant in determining policies, women who become heads of local governments are expected to strengthen gender mainstreaming in numerous ways. Substantive representation like this will be the biggest test for women leaders, the results of which can then be seen in, among other things, decreasing inequality in school enrolment rates of boys and girls and proportional increases in the budget for health.