Feeling Burned Out? 4 Tips to Lighten Your Workload

Why restoring accuracy will help journalism win back credibility 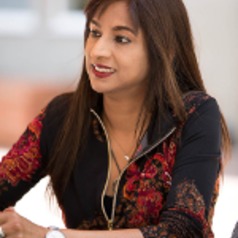 As a journalist and a media academic, I have always assumed that I’m a fairly savvy media consumer. I know when something is genuine, and when what I’m looking at misinformation, disinformation and propaganda.

But, during a recent event held in Johannesburg to mark International Fact-Checking Day (which is observed on April 2 every year), I realised that even savvy readers can get it wrong. At the event, hosted by the fact-checking organisations Africa Check and First Draft News, participants were presented with examples of stories, videos and images and asked to verify these.

One of the pictures showed a baby lion and a baby elephant strolling along together. It was apparently taken in South Africa’s Kruger National Park. It turned out to be a photo shopped image. I was horrified: I had shared that very photograph a few months ago, touched by this supposedly sweet moment between two natural enemies.

For the rest of the event, a partner and I agonised about what was real and what was not. It took us hours, and we didn’t always get it right. This was a salutary reminder of how laborious, time-consuming and complex fact-checking, and why experts in the field are so crucial.

There are several threats to trust in the media. One is the decimation of senior staff in newsrooms and the removal of people from key jobs such as sub-editing – a key competency, since sub-editors ensured that stories were edited and checked. Companies have made these cuts because they’re not making the profits they once did.

In parallel, social media is growing – and growing. For instance, today there are more than 20 million Facebook users in South Africa. Many South Africans, especially in the middle class, rely on Twitter for much of their news. But too often, it’s not purely news that they get: instead, they find rumour, gossip, slander and hate. Many stories online contain grains of truth and a smattering of falsehoods. This is the age we live in, and it is crucial that fact-checkers be in place to help media consumers guard against those falsehoods.

The role of fact checking

Sub-editors used to fulfil a lot of the fact-checking function in newsrooms. But during the economic recession of 2008, they started losing their jobs. This is true around the world, including in South Africa where I work and conduct my research.

Traditionally, sub-editors did basic fact checks on articles. They would pick up incorrect dates, or point out when captions and photographs didn’t “match”. In the past decade or so in South Africa, media organisations trying to save money have created “sub hubs”: they centralise sub-editing services, and one sub-editor will end up contracted to two or three or even more titles.

Many of the sub-editors in these set-ups are not particularly senior, lacking the institutional memory that would allow them to detect factual errors. And those who do remain have no particular loyalty to one title, so feel less pressure to thoroughly, rigorously check facts – a process that takes enormous time, especially when you are editing scores of stories each day.

What should replace those full-time, dedicated sub-editors? I believe that fact-checkers could be employed instead.

This is the only way in which countries in Africa can really grapple with the rise – and rise – of misinformation, propaganda and disinformation, then newsrooms should consider hiring teams of full-time fact-checkers. This is already happening in some newsrooms elsewhere in the world; the New York Times, and The Washington Post, for instance, have added fact-checkers to their teams.

A similar intervention can ease the pressure on already hugely overburdened reporters, a situation I’ve written about before; improve trust in media organisations; and help audiences navigate the glut of “fake news” that dominates so many spaces.

The threat from digital media

In many ways, media organisations – and in fact the broader public – have been caught on the back foot by the rise of misinformation and disinformation. It’s as though digitisation caught everyone off guard. Of course, that’s not entirely true: even 20 years ago, there was an acknowledgement that traditional media would change and be overtaken by digital developments.

But people didn’t anticipate the malicious consequences of these developments. With more places to access information, and to do so more quickly, digitisation has led to the spread of disinformation.

The result is that social media has become a megaphone for the populist, right-wing trajectory that’s happening all over the world – from the US to Hungary, Turkey and some parts of Africa.

Some may argue that journalists themselves should be responsible for fact-checking their stories. The reality is that they can’t. It takes a lot of time to do this properly, and journalists are under tremendous pressure to produce more and more stories each day, and to do more with less, including perform on social media. That’s the way journalism is structured right now.