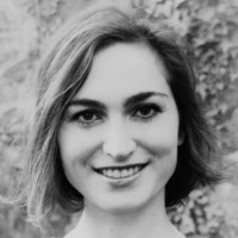 In recent weeks, hundreds of women have taken to the streets of Mexico City protesting against murder, rape and other violence against women in Mexico. Many commentators blame “macho culture” for the violence they are so furious about. In the first half of 2019 alone, 1,835 women were murdered in Mexico, according to Mexican geophysicist María Salguero, who is mapping the violence.

In these accounts, macho culture seems to refer to a social climate which facilitates or rewards macho attitudes and behaviours. Following the stereotype, in a macho culture, a man earns respect through his ability to lead his family, make sexual conquests, and defend his honour, with violence if necessary.

But what does macho culture mean in real life? And what if blaming it for violence against women in Mexico is in fact part of the problem?

“When we have friends visit from other states, they are frightened,” a young psychologist told me when I visited the central Mexican state of Michoacán in June. Within Mexico, the state is notorious for its high levels of violence, including gender-based violence. Sitting in a cafe among feminist friends of diverse backgrounds, she added: “Here they are macho to the bone.”

This statement, like many similar ones I’ve recorded during my ongoing research in Mexico since 2014, both confirms and challenges stereotypes about Mexican machos. The feminists I spoke to often – unsurprisingly – blamed macho attitudes for violence against women in Michoacán. But they also made a point out of distinguishing different kinds of macho culture in different places and different moments in history.

For instance, the Catholic Church has a much stronger influence in the conservative city of Zamora in Michoacán than in liberal Mexico City. This means that while many parents in Michoacán teach their daughters to be submissive in line with Mediterranean Catholic ideals of womanhood, their peers in Mexico City are socially expected to fend male aggressors off with equal violence.

Machismo in many forms

Paying attention to these differences is important, as the anthropologist Matthew Gutmann explained in his study, The Meanings of Macho. Simply blaming macho culture for violence against women allows men to justify their physically abusive behaviour. They can excuse themselves by saying: “I am a product of a macho culture, and that’s why I hit my wife.” Gutmann found that, in reality, machismo comes in many forms.

Both men and women in the working-class Mexico City neighbourhood he studied displayed some qualities commonly associated with being a macho, without fully conforming to the stereotype. Some alcoholic men were caring, nonviolent husbands, while some women beat their children or cheated on their husbands. By contrast, some less “manly” men who avoided alcohol and did not seem like machos did beat their wives.

In my research on violence against indigenous women, I found that macho culture arguably describes something real. The shape that violence against women takes and how people talk about it is influenced by cultural ideas, for example, whether they consider violence to be normal or a shameful taboo topic.

But even within a single Mexican village, whether a certain act of violence is considered normal and excusable, or extraordinary and abhorrent, varies considerably from person to person. Many of the Mexican men I met in Michoacán and Mexico City associated being a “strong man” – which they also counted as a kind of machismo – with being stoic, rather than violent in the face of conflict.

So, given that macho culture has many different meanings and it’s difficult to find a perfect embodiment of it in real life, using macho culture to explain violence against women is inadequate. Worryingly, it may prevent an examination of the real causes of such violence.

While there is considerable evidence that macho attitudes normalise male aggression and dominance, culture on its own doesn’t explain why violence happens. There are many factors at play in causing and facilitating violence against women around the world, including power inequalities, sexist and racist discrimination, peer pressure, adverse childhood experiences and trauma, emotional dependency, and sadism, just to name a few.

Other types of masculinity are possible

There is another reason why blaming macho culture might stand in the way of reducing violence against women in Mexico: it stigmatises Mexican men. Stereotyping Mexican men as violent machos limits their ability to embody other, more empathetic and caring kinds of masculinity. This particularly applies to poor, indigenous, and rural Mexican men, who are stereotyped as machos by other Mexicans.

For example, a 20-year-old interviewee from the rural southern outskirts of Mexico City told me he wanted to become a veterinarian, but failed to get into one of the highly selective universities of Mexico City. While his lighter-skinned twin sister went on to study, he soon decided his best option was to become a police officer. Now he spends his days carrying a large gun, just like his father before him.

He is just one of many examples of indigenous and rural Mexican men, who can only find poorly paid or risky work, such as farming, construction work and police. These jobs often involve shows of strength and endurance that are closely associated with machismo. Statistically, only very few of them manage to get into more prestigious professions, such as teaching.

When people speak of macho culture, this often says less about gender relations than racist and class-based discrimination. This discrimination itself breeds frustration and, too often, violence.