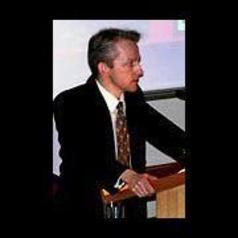 Little remains of the legacy of Mikhail Gorbachev, the last Soviet leader and one of the greatest reformers in Russian history.

In the name of “glasnost” (openness) and “perestroika” (restructuring), Gorbachev dismantled totalitarianism, abolished censorship, freed hundreds of political prisoners, and held competitive elections that inaugurated a decade of democratisation.

By jettisoning the USSR’s ideologically driven foreign policy, he also ended the Cold War and brought humanity back from the brink of nuclear annihilation.

During his presidency, Vladimir Putin has systematically destroyed these historic achievements. On their ruins, his regime is mobilising militants behind a new totalitarian project.

Once again, education and culture are being policed by the state. Once again, hundreds of prisoners of conscience are languishing in prisons and labour camps. And once again, Russia is locked in a potentially apocalyptic confrontation with the West.

Mikhail Sergeyevich Gorbachev died yesterday, at the age of 91.

He was known for attempting to open up the Soviet Union's economy, society and politics, and "encouraging hope and debate rather than stifling it", writes @matthew_sussex (@ANUmedia).
https://t.co/ch1wPk5RCx

Gorbachev’s dialogue with a dissident

Nothing better illustrates the differences between Gorbachev and Putin than how they treated their adversaries.

In December 1986, Gorbachev phoned Andrei Sakharov, the most vilified dissident in the USSR. Sakharov had been languishing for seven years in internal exile in the closed city of Gorky for his condemnation of the invasion of Afghanistan. In a radical rupture with the etiquette of his predecessors, Gorbachev politely invited Sakharov to return to Moscow to “resume your patriotic work”.

This act of civility was only the beginning of what one liberal intellectual called “the sharp and profound Gorbachev-Sakharov dialogue, a dialogue which became one of the engines of our progress”.

When Gorbachev introduced multi-candidate elections to a new Soviet legislature, the Congress of People’s Deputies, Sakharov became one of 2,250 new parliamentarians.

His voice might have been lost in the tumult of this unwieldy assembly. However, Gorbachev repeatedly intervened to allow Sakharov to take the podium and deliver speeches that set the agenda of Russia’s democratic reforms.

After Sakharov died of a heart attack in December 1989, Gorbachev lamented this “great loss” of “a person with his own ideas and convictions, which he expressed openly and directly”.

Contrast this openness to dialogue with Putin’s strange inability to utter even the name of his principal adversary, Aleksei Navalny, who was subject to a decade of vilification, trumped up criminal prosecutions, and violent attacks by Kremlin proxies before state security agents poisoned him with the nerve agent novichok.

There’s no doubt Gorbachev’s greatest achievement was the relatively peaceful dismantlement of a highly militarised totalitarian regime with the world’s largest arsenal of nuclear weapons.

As his power ebbed during the terminal crisis of the USSR, Gorbachev was unable to prevent excesses by military hardliners in the Baltic states. However, at the decisive moment, he resisted the temptation to wage war to preserve the Soviet empire in Eastern Europe or suppress the nationalist movements that were tearing the Soviet federation apart at its seams.

His reticence earned him the vilification of the neo-Stalinists and radical nationalists who dominated Russian opposition politics in the 1990s.

But it almost certainly saved millions of people from the ethnic cleansing and genocidal massacres that devastated the former Yugoslavia, eastern Europe’s other Leninist federation.

The most important of these informals was the Memorial Society, which emerged as a group of activists petitioning for the construction of a monument to the victims of Stalinism. As Memorial grew into a grassroots human rights movement, it was denied legal status by obstructionist bureaucrats. Gorbachev, at the prompting of Sakharov’s widow, ordered its registration.

For the next three decades, Memorial shone a spotlight on atrocities in the flashpoints of the former Soviet space and on repression within Russia. Unsurprisingly, it became a principal target of Putin’s anti-NGO laws and the Kremlin’s small army of anti-Western proxies. Last December, when Memorial was banned, Gorbachev spoke out in its defence.

During his six years in power, Gorbachev evolved from a Leninist true believer into a kind of social democrat. In the end, his political credo revolved around the notion of “universal values”, which repudiated Marxism-Leninism’s division of the world into capitalism and socialism.

In the name of universal values, Gorbachev became the only Soviet leader to embrace the principles of the Universal Declaration of Human Rights.

Putin's propagandists claim to be fighting “Russophobes” – "enemies motivated by a visceral hatred of Russia’s culture and people".

But according to Robert Horvath (@latrobe), he is drawing on the ideas of anti-Semitic extremists. https://t.co/IDSQmior7u

For Putin’s propagandists, universal values are an object of derision, a pitiful delusion that blinded naive reformers like Gorbachev to an unfolding national catastrophe.

In its place, they offer “traditional values”, which justify attacks on international human rights norms, domestic repression, and genocidal war in Ukraine. At the same time, these propagandists slander Gorbachev as a criminal who should be tried for treason.

Despite the torrent of hatred directed at him, Gorbachev remained true to universal values. In 1993, while Putin was already mired in the corruption schemes that would make him one of the world’s richest kleptocrats, Gorbachev donated part of the money from his Nobel Prize to the newspaper Novaya Gazeta, a bastion of courageous reportage and liberal values in post-Soviet Russia.

When neo-nazis murdered one of Novaya Gazeta’s journalists alongside Russia’s most prominent human rights lawyer in 2009, Gorbachev accompanied the newspaper’s editor to a meeting in the Kremlin with then President Dmitrii Medvedev to demand action. Like other independent media, Novaya Gazeta became a victim of the domestic crackdown that followed the invasion of Ukraine.

Putin may have levelled Russia’s democratic institutions and pulverised its civic landscape, but he has been unable to extirpate one thing: the memory of the democratic experiment that Gorbachev set in motion.

For decades since the unveiling of glasnost and perestroika, millions of Russians have acted as free citizens, protesting, debating and associating, despite the dangers of an increasingly authoritarian environment. Those experiences cannot be unlived. They are already part of Russia’s democratic tradition. They are Gorbachev’s most enduring legacy.