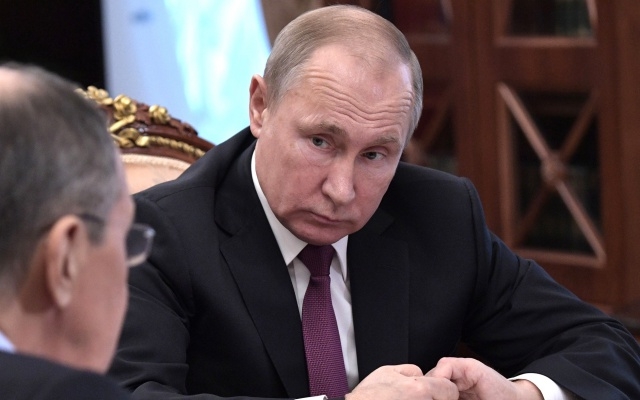 Photo by: Kremlin.ru/Wikimedia Commons (CC BY 4.0)

Vladimir Putin, Russia’s president, is preparing to welcome North Korea’s leader Kim Jong Un for their first summit that will be held in Moscow. The meeting comes after the latter’s failed nuclear talks with Donald Trump during a summit in Vietnam in February.

It is expected that the leaders of long-time allied nations, Vladimir Putin and Kim Jong Un, will also touch on topics concerning the nukes. The Straits Times reported Russian officials relayed the plans of Putin and Kim’s summit to the South Korean diplomatic delegation that will be visiting Russia next week.

While Moscow did not release specific details like the date and place of the meeting, South Korea’s Maeil Business Newspaper wrote that it is likely to take place in Vladivostok on April 24. This is two days before the Russian president is set to visit Beijing and meet with President Xi Jinping on April 26 to 27. Then again, it was said that the newspaper did not state where it got the information so the date is still considered unconfirmed.

In any case, South Korea's Vice Foreign Minister Cho Hyun said that he believes Vladimir Putin and Kim Jong Un do not think that the February summit with Donald Trump was not a failure. However, the talks on denuclearization must continue to reach a full agreement.

Analysts opined that the upcoming Vladimir Putin - Kim Jong Un summit is said to be timely since the relationship with Russia has become crucial for North Korea as Kim seems to be seeking to retain his nuclear weapons while easing the sanctions on the economic aspects in his nation, ABC News reported.

Russia has always voiced out its stance on agreeing to the reduction of sanctions imposed on North Korea for its continued nuclear activities and missile testings. Thus, the summit is expected to have a good outcome.