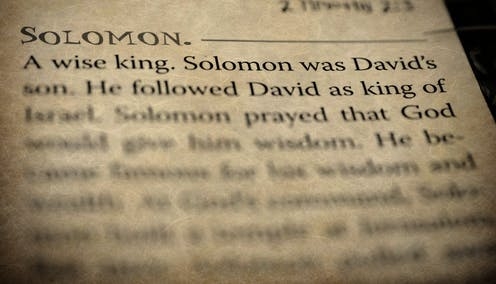 Here’s a story from the Bible. As far as I know, it’s the first reported instance of the branch of economics known as “implementation theory”.

It’s from the First Book of Kings, Chapter 3, starting at Verse 16.

Two women came before King Solomon with two babies, one dead and one alive.

Each claimed the live boy was her son, and the dead boy belonged to the other.

Then the king said, “Bring me a sword.” So they brought a sword for the king. He then gave an order: “Cut the living child in two and give half to one and half to the other.”

The woman whose son was alive was deeply moved out of love for him and said to the king, “Please, my lord, give her the living baby, don’t kill him!”

The other said, “neither I nor you shall have him, cut him in two!” 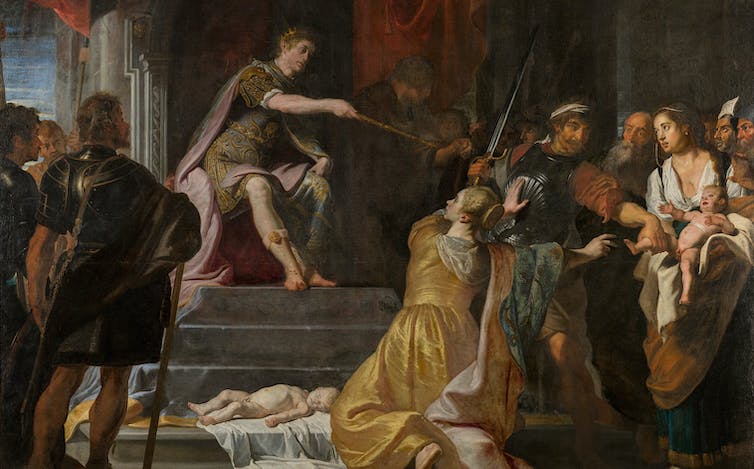 Then Solomon gave his ruling:

Give the living baby to the first woman. Do not kill him; she is his mother.

Implementation theory asks the following question: given a social objective, can we design a game or “mechanism” whose predicted outcome is desirable?

If you think that sounds broad, you are right. A social objective could be almost anything: what public goods to provide, whom to elect, what our environmental or defence policy should be, how to pay for things.

This suggests a tantalising possibility. Maybe some central authority, a “mechanism designer” like King Solomon could construct a series of questions for the parties involved that would lead us to the best outcome for society.

Solomon might have begun the practice, but the formal study of it began with another wise person, Eric Maskin, in 1977. He went on, three decades later, to win the Nobel Prize for his work.

You could envisage one where the output was the best environmental policy and the best way to pay for it and the input was all the views in society.

But Maskin discovered that only certain types of problems can be solved this way.

It’s less easy than Solomon made it look

Among the problems that cannot be solved this way are those where decisions have distributional consequences, such as whether to build a road which will leave some people better off and and some people relatively worse off.

Later economists have helped. John Moore and Raphael Repullo showed that by allowing for sequential rather than simultaneous announcements by players, it is possible to resolve both of these limitations: We are able to implement any social choice function as a unique equilibrium. Wow!

If that sounds too good to be true it kind of is. With co-authors, I have shown that sequential mechanisms might not properly work if there is even a tiny amount of incomplete information shared between the players.

Ernst Fehr, Mike Powell and Tom Wilkening have shown that a lot depends on what is observable.

In an attempt to get social choice functions with sequential announcements to work, I and others have proposed a new type of mechanism that is impervious to incomplete information and to some departures from rationality.

I am not saying we can construct mechanisms to solve all public policy questions.

What I am saying is the work done so far provides important lessons.

Editor’s note: This has been Richard Holden’s 300th contribution to The Conversation.