Using religion and culture to fight terrorism: lessons from the Philippine military 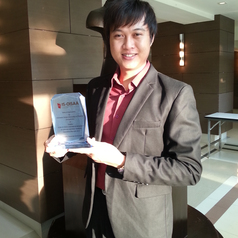 By Bayu Mitra A. Kusuma

The Philippine government is recruiting Muslims into the military in an attempt to counter terrorism through a mixture of religious and security approaches.

The Philippines faces increasing security pressure since the rise of the Maute, a terrorist group affiliated with IS (Islamic State), in Marawi city. The group in May last year laid siege to Marawi, the capital of the Muslim majority Lanao del Sur province on Mindanao Island in the southern Philippines. A five-month armed conflict ensued, displacing thousands. More than 520 members of the terrorist group and 122 Philippine soldiers were killed.

The Philippine government has declared that the Maute leadership has disintegrated. But it is still possible that their dormant cells will rally together.

I study terrorism in Southeast Asia and have been looking into Philippine government policy in countering terrorism. Recruitment of Muslims into the military might be the strategy most likely to make Muslim communities accept a military presence where most of the population sympathises with the militants.

The threat of IS in the Philippines and Southeast Asia

Aside from the threat of IS-affiliated terrorist groups, the Philippines is also still dealing with the local pirate group Abu Sayyaf. The group hijacks and abducts the crews of foreign ships for exorbitant ransoms, which could be used to fund their other terrorist activities.

So far, the Catholic majority government has used a security approach, deploying the Philippine military to fight the terrorist groups. But the military ranks poorly compared to its ASEAN counterparts, according to data provided by the website Global Firepower, which assesses military power. Even when compared with 133 other countries, the Philippines still ranks at 52.

Religion and culture as tools to resist

The effort to eradicate terrorism is a global agenda. Governments generally use a military approach. In reality, this is not enough. Governments must employ alternative approaches, such as using religion and culture, to confront violent extremism.

Indonesia has implemented deradicalisation programs to tame terrorists. This method involves the communities and families of former terrorist convicts who have been reformed.

To reach out to millennials, the Indonesian government has also recruited young internet users with huge social media followings to spread the message of peace.

The Philippines, meanwhile, aims to form a special Muslim unit within the military to be deployed to Muslim majority areas.

Starting last year, the Philippine military has adopted a maximum 5% quota for Muslim recruits. The military recruitment system is open to all citizens. However, Muslims have been less interested in joining the military, thinking that they have less chance to enter the force.

By setting a quota, the military hopes to ensure more Muslims are recruited. The military also set a 10% quota for female soldiers, and another 5% for indigenous people.

Establishing a special Muslim unit could have two positive impacts.

First, it could create more room for dialogue when compared with conventional military manoeuvres. With Muslim members, this special unit can be more sensitive to religious and cultural needs.

Second, it could garner support from local communities. Having a Muslim unit operate in a Muslim majority area will hopefully reduce suspicion in local communities towards the Philippines’ military deployments.

At the same time, this can be a counter narrative to the local view that military deployment by the government is a form of invasion.

On the other hand, the formation of a special Muslim unit within the Philippine military could also have negative consequences.

First, it could create factions or disparities within the military between the Muslim unit and other units.

There have been plenty of cases in various countries such as Turkey and Myanmar that show how the military can be fragmented when different factions are hostile to each other.

If a spirit of nationalism isn’t properly planted, the special Muslim unit could actually pose a new problem for the Philippines. Instead of making the process for peace easier, it could actually act as new fuel for a conflict that has long been there.

Second, such an approach might actually create a stigma that Muslim terrorists must be fought against by equally hardline Muslims soldiers.

These days, Islam is often regarded as a religion or faith that is steeped in a violence. If this newly established special Muslim unit is not managed properly, the stigma could actually worsen.

What Indonesia can learn

Aside from the existing debate, a Philippine government strategy based on religion and culture to counter extremists by forming a special Muslim military unit must be appreciated. With limited military strength, the government is able to devise an alternative strategy to ruin the foundation of extremism. At the same time, the government is reducing the potential conflict with local communities and building the Philippines’ military image within Southeast Asia.

The threat of extremism in the Philippines to other Southeast Asian countries makes the problem a regional issue.

Every country in the region has different strategic interests. For example, Indonesia’s north directly shares a border with the Philippines.

Indonesia can learn plenty of lessons from how the Philippines combats extremism, from operational strategies and fieldwork technicalities, to how to comprehensively handle perpetrators and the psychological impact of terrorism on society. These lessons are especially relevant since it was recorded that quite a few Indonesian citizens have obtained terrorist training in militant organisations from the Philippines.

Despite pros and cons, we still hope that this can contribute to a solution to the issues of extremism, radicalism and terrorism that have haunted not just the lives of Philippine society but also of the larger Southeast Asian community.