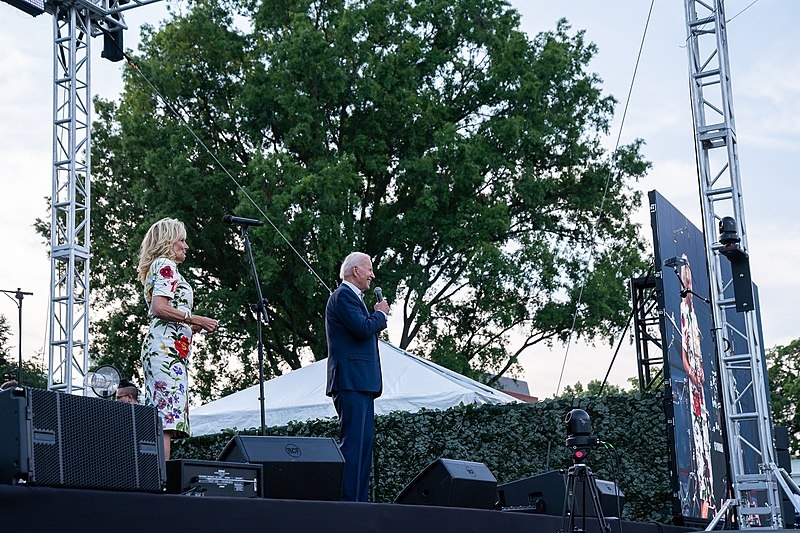 US President Joe Biden held two events during the country’s Labor Day holiday in two swing states. At the events, Biden touted the Democratic Party’s achievements as the public is set to vote in this year’s midterm elections.

Biden visited two swing states to tout his party’s achievements during Labor Day. The US leader first visited Wisconsin to speak at Milwaukee Laborfest then went to Pennsylvania where he spoke at the United Steelworkers of America Local Union in Pittsburgh.

During both events, Biden reiterated his support for labor unions while also campaigning for his administration and touted the legislative achievements of the Democratic-controlled Congress. Biden cited the American Rescue Plan and the bipartisan infrastructure law as well as parts of the Inflation Reduction Act and the CHIPS Act.

Biden also ripped into the GOP during his visits to the two states. The US leader criticized Wisconsin Republican Senator Ron Johnson – who is among the most vulnerable senators up for re-election – for his comments saying that Medicare and Social Security should be annually approved.

In Pennsylvania, Biden went after his predecessor Donald Trump, especially with Trump’s continuing baseless allegations that the 2020 election was stolen from him.

“All of us love the country. But you can’t love the country and say how much you love it when you only accept one of two outcomes from the election. Either you won, or you were cheated. It doesn’t work that way,” said Biden.

The US leader also echoed his previous statements from his prime-time speech Thursday last week into the event, targeting the former president’s supporters.

The upcoming midterm elections in November determine whether the Democratic Party maintains its control of both chambers of Congress.

A Democratic source told Reuters that the party’s leaders may add language that would protect same-sex marriage to a stopgap measure that would avoid a government shutdown in legislation that would need Republican support.

This may increase the pressure on lawmakers as the Senate has until September 30 to avoid partial federal agency shutdowns. The GOP Tuesday said they saw the link as a political stunt.