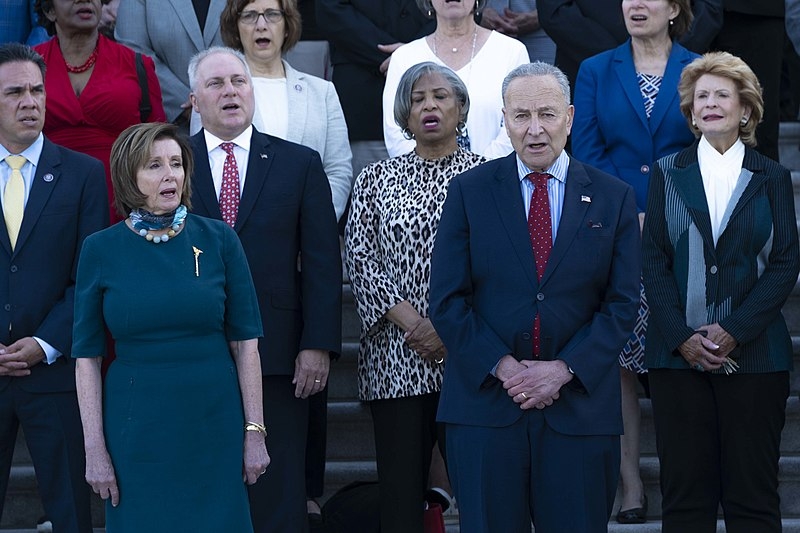 Recent reports have revealed possible trips for US House Speaker Nancy Pelosi to Asia. Following reports of a possible visit to Taiwan, Pelosi is reportedly looking to visit Japan in August.

Japan’s Kyodo news outlet reported Wednesday that Pelosi is considering visiting Japan in August, citing sources familiar with the matter. The possible visit to Japan comes amidst tensions between the United States and China over the top House Democrat’s potential visit to Taiwan.

Following previous reports that Pelosi will potentially visit Taiwan, China has threatened to issue a strong response should Pelosi move forward with the visit to the island.

China claims Taiwan is part of the mainland and has ramped up its pressure campaign on its democratic government to accept Beijing’s sovereignty. China has also criticized any visit to Taiwan by foreign officials.

While the US does not have official diplomatic relations with Taiwan, it is legally bound to provide the island with weapons to defend itself.

Pelosi has yet to say if she is visiting Taiwan, but if she is, US officials told the Associated Press that the Pentagon is coming up with plans to ensure her safety during her visit.

“If there’s a decision made that Speaker Pelosi or anyone else is going to travel and they asked for military support, we will do what is necessary to ensure a safe conduct of their visit. And I’ll just leave it at that,” said Chairman of the Joint Chiefs of Staff Gen. Mark Milley.

Pelosi is known to be very critical of China, and the key issue of support for Taiwan has strong bipartisan support in the divided US Congress. Despite concerns about visiting, several other Republican congressmen have urged Pelosi to move forward in visiting the island.

“Communist China does not get to dictate who in America can visit Taiwan,” tweeted Rep. Don Bacon.

“I urge you to show strength and do not cower to the bullying of the Chinese Communist Party. If you cancel this trip, it will show further weakness on the world stage and play into the hands of the CCP. America must stand up to the CCP,” tweeted Rep. Brian Fitzpatrick.