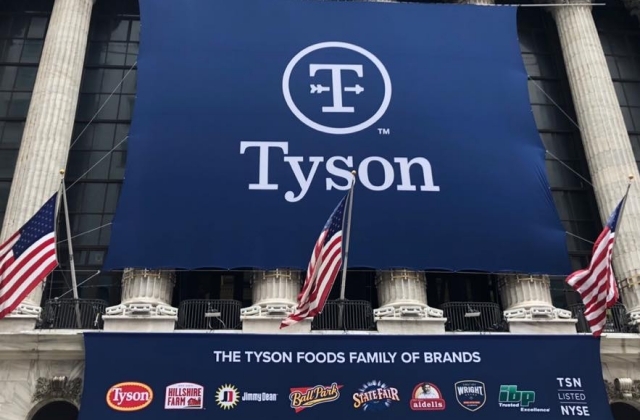 Tyson Foods Inc. is expanding its business in the Asia Pacific by introducing its plant-based brand in the region. The American food company based in Springdale, Arkansas, revealed this plan on Wednesday, June 2.

Tyson Foods stated that it would be bringing its plant-based food products to the Asia Pacific through its First Pride brand that will be launched there. The company will have a new line of products under this name, and these will be sold through e-commerce sites and brick-and-mortar locations.

First Pride to debut in Asia

Initially, Tyson Foods will introduce its plant-based items in Malaysia then the company will eventually start distributing them to other regions. It was noted that First Pride is already being sold in Malaysia, and in fact, it is one of the most well-known brands.

It sells frozen chicken, fish, and beef products to customers. Now, Tyson Foods will be introducing plant-based choices in addition to what is already available under the First Pride brand.

Tyson Foods’ Asia Pacific president, Tan Sun, said that they are excited to make the new offering to the people in the territory. Part of the reason the company is thrilled is that they will start introducing selections that vegetarian people or simply those who love to try new food will surely like. The company is confident the products will be patronized.

“We’re thrilled to offer Asia Pacific consumers more high-quality protein choices as they explore flexitarian diets,” CEO Sun said in a press release. “The Asian market is a natural fit for this category with traditional plant-based products like tofu already entrenched in the culture. The key to meeting consumer preferences with new plant-based protein is through innovation and making locally relevant products that taste great, which is our expertise.”

What to expect from First Pride

Tan Sun said that customers will find their high-protein plant-based options delicious and of good quality. As per Nasdaq, for now, people in Malaysia will find Tyson Food’s vegan nuggets, strips, and frozen bites that are all made with plants sourced locally, such as soy protein, wheat protein, and bamboo fiber.

The products will be available in 420-gram bags that will cost RM19.90 or about $4.81. Meanwhile, shares of Tyson Foods reportedly rose and so far gained 26. 1% this year.