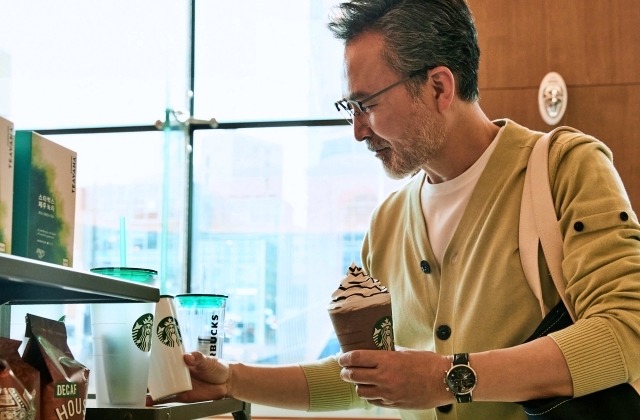 Starbucks Korea will officially get rid of the single-use cups, and it will start in four of its outlets in Jeju Island. Starting in July, the Korean unit of the coffee chain will now serve its coffee in reusable cups.

The rollout of reusable cups

Starbucks Korea stated on Wednesday, June 2, that from July 6, customers in four coffee shops will only use the reusable cups that require a ₩1,000 or around $.90 deposit fee that will be refunded once the cup is returned.

As per The Korea Herald, the four Starbucks locations that will start the reusable cup program include the Seohaean-ro branch, Chilseong, Aewol, and Hyeop-jae. As mentioned earlier, these are located on Jeju Island.

Customers can get their deposit fee back, or they can decide to keep the reusable cup in exchange for the deposit fee. For those who will order coffees for take-out, they can return the cups through machines that are strategically installed at the Jeju Airport.

Apparently, since the cups are for multiple uses, Starbucks Korea will collect the returned ones and will be used again at the stores after thorough cleansing and sanitation. A company specializing in sanitation will handle the cleansing of reusable cups.

“Starbucks Korea has made hefty efforts to engage with its customers in trying to find more sustainable solutions to reduce disposable products and participate in designing an eco-friendly ecosystem,” SB Korea’s chief executive officer, Song Ho Seob, said in a statement to explain why the company is implementing such a scheme.

The launch of the reusable cup in Jeju is just in the trial phase, and it is supported by several private organizations since this is for the common good. After the trial, Starbucks Korea is looking to slowly introduce the program in all of the 23 stores operating in Jeju by October.

Meanwhile, the trial for the multi-use cups comes after Starbucks Korea announced in April that it would get rid of the disposable cups by 2025. This is part of the company’s efforts to reduce carbon emission that is harming the environment.

“Since announcing our global aspiration to become resource positive, we continue to explore new ways to reduce our environmental impact across the Asia Pacific region,” Sara Trilling, Starbucks Asia Pacific president, said in a press release last month. “Starbucks Coffee Korea is a leader in sustainability for the company globally, and we are excited to leverage the learnings from this initiative to drive meaningful change in our stores and inform future innovation on a regional and global scale.”