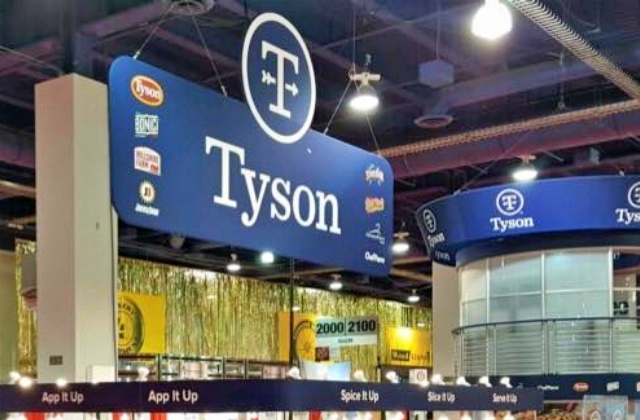 Tyson Foods just made a surprising discovery, and this led to the introduction of a new breeding program for its poultry business. The American food manufacturer found out that eggs fertilized by a male fowl hatch less often, and this was the reason why the company is producing fewer chickens.

Tyson Foods is now removing a certain type of rooster in its breeding program and will put in a replacement to boost chicken production. The company based in Arkansas is expected to introduce the new setup by fall.

The plans for the new scheme were revealed on Monday, May 10, by Tyson Foods’ poultry division president, Donnie King, as per Fox Business. Currently, the chicken supply in the U.S. is low, and the country is looking for more poultry meat as restaurants are also revving up their chicken menu that includes sandwiches, nuggets, wings and more.

“We're changing out a male that quite frankly we made a bad decision on," King told business analysts during the quarterly earnings call. "It's about a 50/50 split between the hatch issue for us and the strong demand but we'll get our supply sorted out."

However, he did not say which type of rooster it is getting rid of and what they would choose for a replacement. Tyson Foods has one of the country’s major poultry breeding companies called Cobb-Vantress. Such firms provide roosters and hens to chicken producers that breed fowls and hatch their eggs for chicken meat.

It was in January when Tyson Foods experienced an unexpected decline in hatching eggs. This was around the time when it introduced a certain type of rooster, which is being booted out now. The food company said that this error is part of the reason why Tyson’s chicken supply is very low.

Meanwhile, despite having issues with chicken breeding, Reuters reported that Tyson Foods was able to beat Q2 revenue estimates. It was said that the reason for this was the strong demand for its chicken products as restaurants and dining places start to reopen.

Meat producers in the U.S. are slowly recovering as their sales volume shot up following the easing of pandemic restrictions. More people are dining out now, so fast food and restaurants are getting back customers after a long time.