Thunberg and Obama: Did they interfere in the Canadian election? 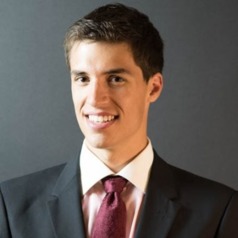 Ahead of the 2019 Canadian federal election, many Canadians were concerned about the threat of foreign interference. Would foreign powers attempt to support one party over another? What sort of sensitive political information would be hacked or stolen and disseminated to the public at large? Would Canadians fall victim to aggressive social media campaigns of influence and disinformation?

As it happened, Canada remained relatively free from foreign interference. After the election, Canada’s Communications Security Establishment concluded it “did not observe any activities that met the threshold for public announcement or affected Canada’s ability to have a free and fair election.”

Some of the credit for this fortunate state of affairs can go to the robust deterrent and defensive strategies pursued by the government before the election. We can also, for once, be grateful that Canada is just not important enough to be a major target of foreign powers.

But don’t celebrate too soon.

We may not have been attacked on a large scale, but foreign powers certainly tried to influence our votes. RT and Sputnik News — two Russian-funded propaganda organizations masquerading as legitimate news sources — broadcast polarizing narratives throughout the election. There were concerns that foreign powers would also try to sway votes by mobilizing diaspora communities in Canada.

The most newsworthy forms of interference came from our allies and from international civil society. Former U.S. president Barack Obama openly endorsed Justin Trudeau on Oct. 16, with less than a week to go before the election.

Greta Thunberg, the Swedish activist, made a point to visit Canada in the midst of her global climate change campaign. A staunch opponent of the Trans Mountain pipeline — the construction of which is a stated policy of both the Liberal and Conservative parties — she encouraged Canadians to vote for climate action. While not explicitly endorsing any party, the implication was clear: vote NDP or Green.

Everybody tried to benefit from these interventions. Naturally, the Liberals revelled in the support provided by Obama. Every party except the Conservatives sought to profit from Thunberg’s popularity. For their part, the Rebel Media group stoked the right-wing outrage that emerged in response Thunberg’s visit by making false allegations about the sources of her funding.

Compared to Russia, of course, Obama and Thunberg are good-faith actors. They are out to persuade, not manipulate.

Nevertheless, they have political agendas that, by definition, go beyond the Canadian national interest. It’s therefore worthwhile to reflect on whether their interventions were truly legitimate.

To what extent should Canadians be tolerant of foreign attempts to influence how we vote? What are the legal and moral boundaries around interference?

Legally speaking, Obama and Thunberg are in the clear. Foreigners can endorse candidates so long as they do not exercise what the 2000 Canada Election Act calls “undue influence” — knowingly incurring expenses, such as donating money, in direct support of a candidate or political party, or by otherwise violating Canadian law in the process of providing support.

Malicious foreign organizations, like the propaganda-pushing RT and Sputnik News, are also in the clear, carefully operating just below the threshold of legality. Financing the mobilization of diaspora communities, on the other hand, is illegal.

So much for the law, but what about moral boundaries? Is it appropriate for Canadian politicians to seek foreign support?

Canadians should consider a few things. On the one hand, we should place a premium on our sovereignty, which sustains a sense of national independence.

Our national dignity is affronted when Canadians are forced to ask questions about the nature of foreign endorsements. What American interests, for example, did Obama see as being served by Trudeau’s election? What did the Liberal Party offer in return? Perhaps nothing, but, as is often the case, the appearance of a conflict of interest can be just as humiliating as a real one.

The votes of the Canadian electorate alone ought to be enough to establish a governing mandate.

But transnational movements like Thunberg’s are a different story.

As the protests in Montréal and elsewhere showed, these movements are important to many Canadians. No matter how skeptical we might be of Thunberg’s political concerns, they’re shared across Canada, even if she is herself a foreigner.

Reconciling these two views requires us to recognize that Canadian politicians should be gracious as they are decisive in rejecting foreign endorsements from allies. Foreign propaganda outlets should be shunned altogether.

On the other hand, it is fair game for politicians to seek to benefit from transnational mandates which, by definition, are relevant to Canadians. As for Thunberg, her presence in Canada raises questions about ideas, but there’s no conflict of interest. And when politicians choose to stump on ideas, Canadians will find themselves debating their merit — and what could be more democratic than that?