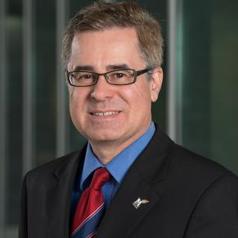 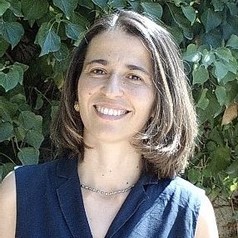 In the aftermath of the 2016 US presidential election, political analysts focused considerable attention on white Evangelicals’ support for Donald Trump. Less examined was the critical role of the Catholic vote in the three Great Lakes states that tipped the Electoral College in Trump’s favor – Pennsylvania, Michigan and Wisconsin. Trump won each of those states by narrow margins, but with strong Catholic support, especially among white Catholics. The evangelical vote generally goes to Republican candidates, while the Catholic vote, usually up for grabs, turned in the GOP nominees’ favor as well.

In 2020, could the Catholic vote once again be a key to the outcome of presidential campaign? As Professor Ryan P. Burge writes in the September 20 issue of Christianity Today, to win re-election, Trump might be able to afford to lose some evangelical votes, but he definitely cannot afford to lose Catholic votes.

To put the Catholic vote in perspective, there are about 51 million adult Catholics in the United States, representing almost 25% of the national electorate. Since the 1980s, the US national vote and the Catholic vote have followed each other very closely in each election cycle, but 2016 was a notable exception: Hillary Clinton won the national popular vote, but Trump won the majority of Catholic voters.

Two factors helped Trump with the Catholic vote: first, his populist appeals to white working-class voters in the key states of Pennsylvania, Michigan and Wisconsin, and second, the absence of the much-anticipated “Latino surge”. The Latino vote decreased by about 3% compared to 2012 and in addition, Donald Trump received about 10% more of the Latino Catholic vote than did Mitt Romney in 2012.

But Trump also benefited from a long trend in the white Christian vote for the Republican Party. In 2012, GOP nominee Mitt Romney won 78% of white Evangelicals, whereas in 2008 Republican John McCain received 73%. Trump fared even better in 2016, with 81%. In 2008 and 2012, 56% of white Catholics voted for the GOP presidential nominee and that percentage increased to 60% in 2016.

Is there still a “Catholic vote”?

Given these varied results, it is hard to imagine the Catholic vote as a monolithic force, and indeed, it remains strong split between the major parties. However, it is important to understand the diversity of US Catholics and the challenges that any candidate faces when seeking to appeal to them.

For many years, Catholics were a reliable part of the old New Deal coalition that anchored the Democratic Party. Since the 1980s, however, their vote has been split largely due to two factors: economic success and the abortion issue. Once composed of an immigrant underclass that moved to the city centers, joined labor unions, and voted for the Democratic Party, second- and third-generation Catholics have become more educated and economically successful, and many settled in the suburbs and became more conservative.

Beginning in the 1970s, with the support of abortion rights by Democrats (including 1972 presidential nominee George McGovern) and the Supreme Court decision in Roe v. Wade, many Catholics came to feel that the Democratic Party no longer represented them. To capitalize on this trend, Republican strategists targeted Catholics in the Northeast and Midwest and white Evangelicals in the South on moral values. In the 1980s, the GOP successfully wooed “pro-life” voters and many Catholics began to either cross party lines or become independent. From 1980 to 2000, only one Democratic presidential candidate won a strong majority of the Catholic vote: Bill Clinton, when he was re-elected in 1996.

Are the Catholics still voting for Catholic candidates?

Catholic identity was important in the past. In 1960, Catholic support was overwhelming for Democrat John F. Kennedy, a Catholic. But as time went on, that identity mattered less and less. By 2004, the next time a major party presidential nominee was a Catholic, Democrat John Kerry, he lost the Catholic vote to a Methodist, President George W. Bush.

So religious beliefs are not the dominant influence on the voting behavior of most US Catholics and there is no single political-based organization that mobilizes them as a voting bloc. The Church hierarchy in the US is usually reluctant to offer signals of voting preferences, although some bishops try. And even when certain bishops offer such signals, few Catholic voters listen. Indeed, there is no evidence that Church leaders are in any way effective at delivering Catholic votes for one political party or the other. As for the possible impact of Pope Francis, despite his overall popularity with US Catholics, there is no evidence that his voice has any impact at all on how they vote. Indeed, in 2016 the Pope criticized Trump’s proposed border wall with Mexico, but Trump still won the overall Catholic vote.

Is the Catholic vote moving away from Trump?

The shift away from the Democratic Party has not meant a widescale embrace of the Republican Party by Catholics. Since the splintering of the Catholic vote, Democrats have experienced substantial losses in party identification among Catholics, but Republicans have experienced only moderate gains. Like the rest of the electorate, Catholics have become increasingly independent of the political parties. The trend among partisans is increased Republicanism among white Catholics and increased support for Democrats among new immigrant, non-white Catholics.

While the fortunes of the GOP improved as many Catholics abandoned the Democratic Party, there is now some evidence that the Catholic vote is moving away from Trump – and that could potentially be his undoing. Recent data from Public Religion Research Institute show significant declining white Catholic favorability ratings for Trump. The immigration debate in particular has opened a fissure in the relationship between Trump and many Catholics. Perhaps many Catholics who achieved economic success and abandoned the inner-cities do not think politically like their parents and grandparents, but they still remember how the earlier generations of Catholics came to America and thus may sympathize with the plights of immigrants today, especially Latinos. Also, Trump’s anti-immigration campaign rhetoric translated into actual policies deeply offensive to many Latino voters who clearly have even stronger motivation than before to oppose him.

Some leading research entities such as the Pew Research Center project that the vote of religious groups in 2020 should resemble the vote patterns of 2016. For example, data from the weekly Data for Progress survey suggests that the voting intentions of mainline (non-evangelical) white Protestants will most likely be comparable to the 2016 data. Democrat Hillary Clinton received 41% of the vote in this bloc, and Joe Biden should fare just as well. Trump currently is polling around 47% for this group, with about 10% undecided. It is possible that the mainline Protestant vote does not deviate much from 2016.

Thus, for Trump to repeat his 2016 victory, he needs to regain the cohesion and the heavy turnout of the white conservative Christian vote that sent him to the White House. While few doubt his ability to mobilize white evangelicals, the white Catholic vote is crucial. The Data for Progress analysis shows the potential for a significant drop in support for Trump by both groups. A similar finding regarding white Catholics emerged from the survey by the Public Religion Research Institute. For Biden, the key to success is reducing his losses among white conservative Christians. Being Catholic himself, there’s a chance that he could even win the Catholic vote overall, but that would happen with a strong Latino Catholic majority and turnout for him.

Despite its critical role in the US elections, the Catholic vote remains in the shadow of the many analyses of evangelical voters. That is a mistake, as Catholic voters can be a key to the outcomes of national elections, especially given the concentrations of Catholics in many of the most competitive states in the Electoral College. As we get closer to Election Day, media and other campaign observers would do well to give the important Catholic vote its due credit.

Blandine Chelini-Pont and Mark J. Rozell are co-editors (with Marie Gayte) of the book Catholics and US Politics After the 2016 Elections: Understanding the “Swing Vote”. Palgrave MacMillan Press, 2018).