'The entire industry is based on hunches': is Australian publishing an art, a science or a gamble? 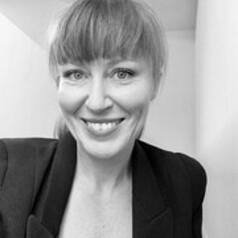 Jason Epstein was the publisher and editor of authors such as Norman Mailer, Vladimir Nabokov, Philip Roth and Gore Vidal. In his 2001 book, Book Business, he described how the once-relaxed Random House – where authors frequented the publishing office (and sometimes slept there), and where editors had stronger relationships with their authors than they did their colleagues – metamorphosed during the 1990s into a corporate powerhouse.

Three decades later, publishing appears much less intimate than it was. And a proposed merger of two of the “big five” publishers – Penguin Random House (itself made up of two big publishers, Penguin and Random House, which merged in 2013) and Simon and Schuster – promises to complicate it further.

As The Conversation recently reported, the US Department of Justice has filed an antitrust lawsuit, “arguing that the merger will drive down author advances, result in fewer books being published, and provide less variety for consumers”.

In his testimony, Penguin Random House chief executive Markus Dohle declared publishers are at the mercy of an unpredictable and unforgiving market, rendering them incapable of stealing the predicted 50% market share if the merger goes ahead. “Everything is random,” he was quoted as saying. “So that’s why we are the Random House.”

US publishing may be random, but it’s not quite as casual or glamorous as it seems on Younger, a series about publishing.

These revelations have surprised avid readers. Are Australian publishing houses, too, chaotic hubs where creatives seemingly “throw it against the wall to see if it’ll stick”?

Books are commercial commodities in the retail and wholesale trade industry in Australia – but they’re not essential in the same way as shoes, food, clothing or even cars. As cultural goods, books are arguably more dependent on trends and tastes, which are notoriously difficult to measure quantatively.

Publishing studies scholar John Thompson has described the industry as a risk-taking venture that gambles on the success of speculative acquisitions. While educated guesses can be made – sometimes based on whether the title satisfies a popular genre, features a person with a big public profile, topical subject matter or a recent event, or simply compares with a title with tremendous sales figures on Nielsen Bookscan – the calculations don’t always get the expected results.

“The entire industry is based on hunches,” says literary agent Martin Shaw, who was head book buyer at Readings for 20 years before he became an agent.

“More than half the books you publish either lose money or don’t make money. And that’s true – week in, week out, year in year out – whether you’re a small, medium or big publisher,” claims Henry Rosenbloom, founder of Scribe Publications, which has been acquiring books since 1976. This can be a heartbreaking reality for the in-house staff. “I’ve personally spent months editing books, and you publish the book and no one’s interested,” Henry adds.

But surely the heartbreak can be avoided via some savvy decision-making? The prevalence of hit-and-miss lists across all publishing houses, despite experienced and dedicated staff, suggests not. “There was this book we did about a swimming coach legend (though it was more a literary memoir and beautifully written) that I and the editor had endorsed and thought would sell vast numbers. Wrong,” admits Wakefield Press publisher Michael Bollen. 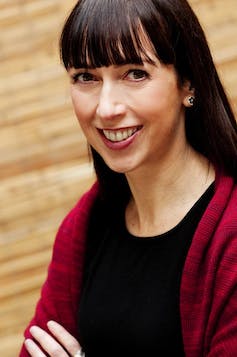 University of Queensland Press publisher Aviva Tuffield agrees. “I don’t really want to name names,” she says, “but celebrity books are cited in the S&S/PRH case.” Authors cited include Amy Schumer and an unspecified Real Housewife.

There’s an understanding that the “dud” could happen to any experienced acquisitions team. Martin Hughes, chief executive of Affirm Press, shares that “there have been plenty of books in our industry over recent years that have not come close to earning out”. But he’s quick to reserve judgement, adding he’d “never gloat over someone else’s failures and risk putting ourselves in the crosshairs of karma!”

An industry insider named a couple of recent Australian books acquired for huge sums, amid huge hype. Below Deck by Sophie (now Dylin) Hardcastle, published in February 2020, just a month before the pandemic, was acquired for a six-figure sum and got some great reviews. (Australian Book Review called it “a stunning literary novel”.) But it didn’t make the bestseller charts.

Shiver, a high-concept thriller by former pro snowboarder Allie Reynolds, got a six-figure, two-book deal, but never cracked the Australian top ten. “I would’ve thought, for the kind of investment it got upon acquisition, it would have cracked over into mainstream consciousness like The Dry,” says the insider. 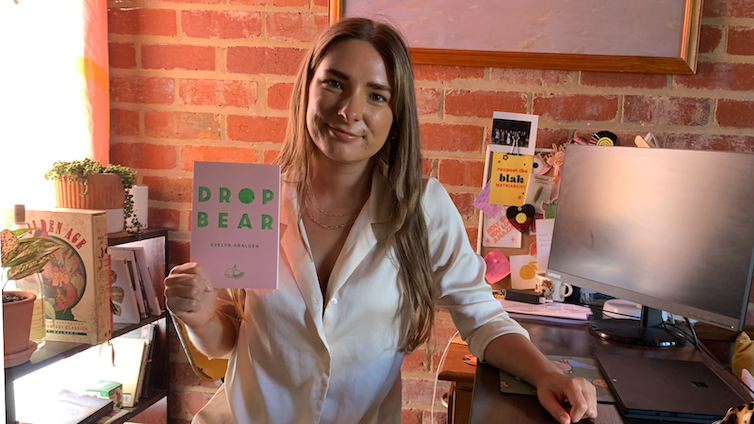 Tuffield says a lot of “unscientific factors” influence how a book will perform (especially with fiction). There’s the competition factor: is it released in the same month as books by big-name novelists that take a lot of sales and attention – or has a novel with a similar theme or setting just appeared? For a positive boost, a book might win a prize or get lots of prize attention. Evelyn Araluen’s Stella Prize-winning poetry book, Dropbear, has been one of UQP’s bestselling titles of the past year. Other boosts include being picked for a big TV or radio slot, or selected by schools.

Of course, publishers work strategically to create the best timing and line up opportunities for a book – but it’s impossible to guarantee a sales outcome.

Auctions, advances and the ones that got away

“Unexpected fizzers”, as Bollen describes them, are sometimes due to a larger-than-normal advance – which heightens expectations, and thus disappointment when they aren’t met. Book auctions push up advances. This practice is at the core of the US government’s issue with the Penguin Random House merger. The big five publishers have the most clout when it comes to bidding for big books, because they have the most money and transnational reach. If the big five becomes a big four, advances for authors will surely be reduced.

So, how do advance payments work in Australia? The prevailing rule of thumb is that an advance equals 50% of the first print run (although one publisher reports calculating advances on two-thirds of the first print run). But, as Shaw points out, “when a publisher also sees an author as a future investment, beyond the individual title pitched, the level of advance can go up significantly”. So, there’s a rule, but it’s not fixed and is often strategically broken. 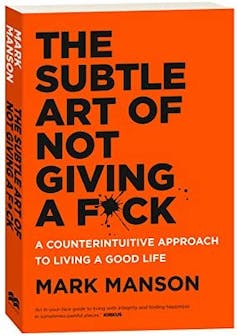 Books that garner a huge advance on top of the editorial investment, and then flop, are a painful lesson, but so too are the ones that got away. “We joke regularly in the office about the success of The Subtle Art of Not Giving a Fuck,” recalls Martin Hughes. “We were in the last two publishers vying for that but pulled out of the bidding because the loudest person in our group thought there was a natural ceiling for a book that wouldn’t be sold in many mainstream discount stores. It was a fair point but, as it turned out, wrong!”

One unnamed insider at a small Australian publishing company remembers shortlisting (and not signing, despite having the option to do so for very little money) a promising debut novel in an unpublished manuscript competition. To their horror, it went on to be the subject of a six-figure international bidding war; it was published by Penguin (to great success) and became a Hollywood film (which flopped).

Knowing when to pounce

Knowing when to pounce and when to retreat is often less a case of experience than following your gut (often dubiously reliable). But “gut” is probably a lot more nuanced and premeditated than many publishers might admit.

Rosenbloom is known for acting quickly when something “electrifies” him, although the reality is a mixture of experience and calculation, as well as passion. “You know what the market’s like at the moment and you know what it has been like, and you pitch forward in your mind into the foreseeable future, and you just think, look, I reckon this book’s got a very good prospect of selling X thousand copies,” he says. “And that’s just a feeling – the opposite of scientific, although it can get semi-scientific if you’ve got good access to some sales figures from Bookscan.”

Hughes, on the other hand, believes, “it’s definitely a science more than instinct and educated guesses, as much as we publishers might like to suggest otherwise”.

Some publishers also know a book might not sell, but they’ll acquire it anyway. In Tuffield’s case, with a list not necessarily focused on huge financial return, the investment is one of longevity and looking for “a strong narrative voice, and is doing or saying something new, important or interesting”. Often that translates as an instinct for what that author might be doing into the future. “If you absolutely love a book or an author and/or want to secure them for their career – you might offer more than you think you’ll actually earn from that first book because you believe in them as an author”.

Balancing conservatism with enthusiasm is much easier when you aren’t fighting off other publishers to get the work. When Rosenbloom acquired Norman Doidge’s breakout success The Brain That Changes Itself in New York 14–15 years ago, he remembers that “the agent couldn’t sell it to a UK publisher”, and that he “offered very little”. To date, it’s sold more than 180,000 copies (in various formats) for Scribe.

Norman Doidge talks about The Brain That Changes Itself.

Rosenbloom told Richard Fidler in 2010 he based his decision to acquire Doidge on reading the blurb and “a few lines, a few pages”. He didn’t know what neuroplasticity was, but thought “it sounds important and he writes well”. The first print run of 3,000 copies was “very brave” because only 650 had sold into bookshops. But Rosenbloom thought, “stuff that, we’ll sell more than that”. In 2010, it had sold more than 110,000 copies. “It ended up being the biggest popular science title in publishing history, or very close to it,” he says now.

The international publishing community will watch with great interest when US Judge Florence Y. Pan hands down her verdict in PRH v DOJ. Will she be convinced that publishing is a unique combination of “instinct” and “risk-management”? Or will she view the merger as a calculated move by Penguin Random House to capture the market by being the only buyer within it?

For Australian publishing houses, it might be business as usual: a juggling act of commercial nous and savvy decision-making in a fluctuating market. A job that’s a mixture of numbers and instinct. Random, perhaps, but requiring unique skills that only experience can provide.