‘The Winds of Winter’: When is it coming? Here’s how many times George RR Martin missed his publishing deadline for ‘TWOW’ 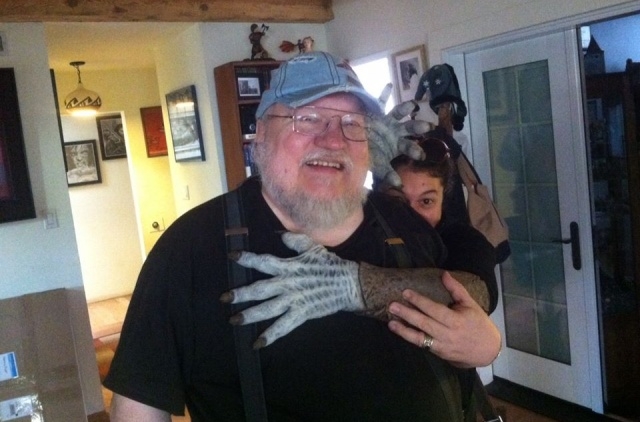 “The Winds of Winter” is one of the most-awaited books today. The anticipation was even greater these days because it has been delayed for a long time already. Plus, it has been nine years since the fifth book in his “A Song of Ice and Fire” series titled “A Dance with Dragons” was released.

The sad truth is that George RR Martin has yet to finish writing the sixth book, which is “TWOW” since he has been very busy after releasing the last book. Initially, it was estimated that he would finish the sixth book in three years if he can write continuously at a good pace, but in 2013, he only managed to write a quarter of the book, so the 2014 release was ruled out.

Jane Johnson, GRRM’s publisher in the U.K., confirmed in 2014 that “The Winds of Winter” is not yet ready for publishing in 2015. The popular author further stated that he would like to publish it before “Game of Thrones” season 6 premieres in April 2016. But apparently, he missed his deadline again.

Martin admitted in January 2016 that he was not able to meet the October 2015 deadline that he had promised his publisher. At that point, he said that he is just months away from completing the book, so he might make it before the year ends, but “GoT” season 6 was released without “The Winds of Winter,” making it to the bookstores.

GRRM once again said in 2017 that he thinks he can publish the book in this same year, but as the year is about to end, once again, he said that he is still months away from completing it. While he missed the due date again, fans were surprised that the author was confirmed to release “Fire & Blood,” and it was really published in November 2018.

He was bashed since he was supposed to release “The Winds of Winter,” but it turned out he was working on another book. Fans were asking why he published this first when “TWOW” is already overdue.

In May 2019, he made a new promise that the anticipated book would be in his hands when he visits New Zealand for the 2020 WorldCon. This is an event set for July 29 to Aug. 2, so this was the estimated date that he would put “The Winds of Winter” in the bookstores. Now, this date is fast approaching, and it is yet to see if George RR Martin would be able to keep his promise this time.