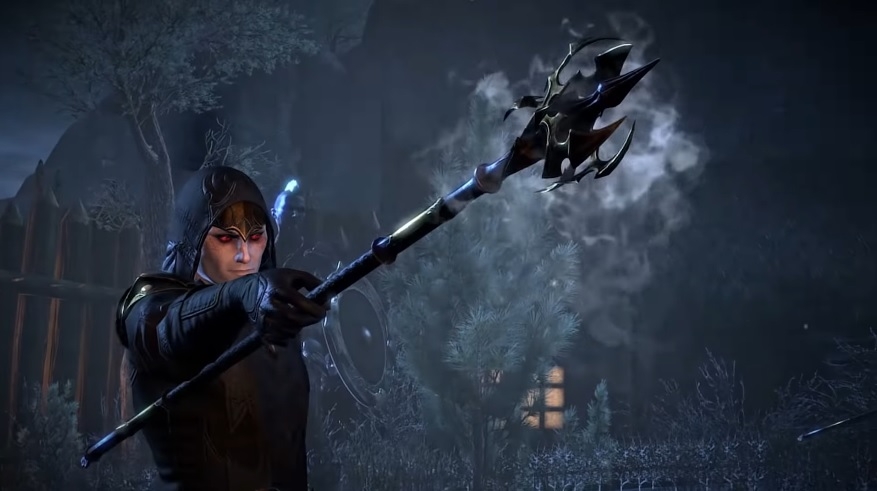 Bethesda Softworks just announced the next updates for the “The Elder Scrolls Online” base game and paid content. The next DLC, named “Stonethorn,” will be released alongside Update 27 in a yet to be confirmed date.

‘The Elder Scrolls Online’ next DLC is named ‘Stonethorn’

The release of the Stonethorn DLC on “The Elder Scrolls Online” will serve to main purposes: to deliver more gameplay contents and continue the stories introduced in the MMORPG this year under the “Dark Heart of Skyrim” lore. Stonethorn is confirmed to feature two new dungeons named Stone Garden and Castle Thorn.

Exploring these in the near future should also allow players to see what happens next from the plots introduced in the Harrowstorm DLC and Greymoor chapter. But Bethesda also noted that players will have the option to dive straight into the Stonethorn contents and stories without having to complete Harrowstorm and Greymoor. Since the upcoming DLC is part of the current “The Elder Scrolls Online” theme, expect the dungeons to still be located in areas within Skyrim.

Per the usual “The Elder Scrolls Online” tradition, the new content will arrive with the gameplay patch that will also change and improve several aspects of the base game. Stonethorn DLC will be released alongside Update 27 “soon.”

Aside from the typical performance improvements, Bethesda announced to revamp the Housing Editor by adding Character Pathing. This new feature will let “The Elder Scrolls Online” players build paths that will be followed by those that reside in their housing system, including the pets, assistants, and even mounts. “You can specify many locations (nodes) for each path, and pick their walk speed, add delays, and even decide whether they loop through to their original location, ping-pong back and forth along the path, or travel between nodes at random,” Bethesda explained.

Another indication that the DLC and patch are close to getting released is the announcement that these contents are arriving with the opening of the Public Test Server by “next week.” “The Elder Scrolls Online” players on PC and Mac can access to the PTS by visiting the Settings menu on the ESO launcher. Note, though, that a separate PTS client will be required.