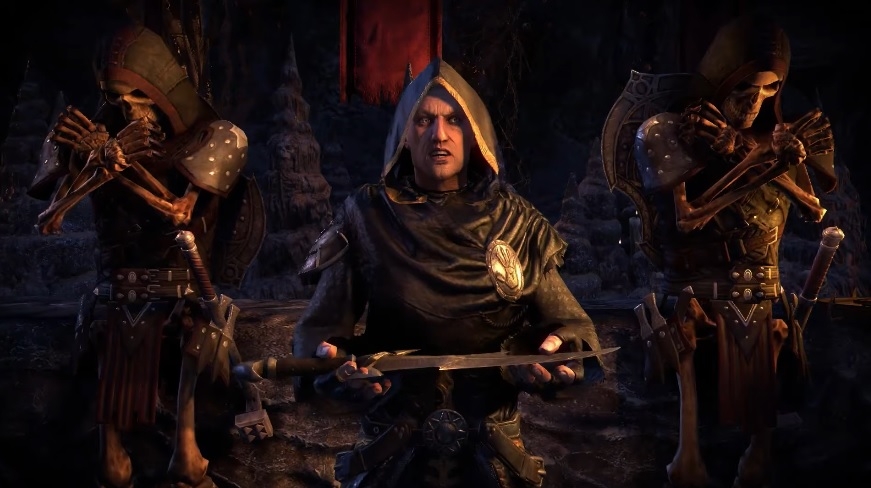 A staple content in every “The Elder Scrolls Online” DLC are new dungeons, and the upcoming “Stonethorn” will not be any different. The game pack is set to arrive soon with a patch to the base game, and these are now available for players to try through the public test server.

“The Elder Scrolls Online” players will soon be able to explore all-new dungeons that are still located in Skyrim zones. It can be recalled that the new chapter of the MMORPG and the year-long roadmap is bringing players back to Skyrim starting with the release of the “Harrowstorm” DLC and “Greymoor” chapter earlier this year.

As for the “Stonethorn” DLC, two new dungeons named Stone Garden and Castle Thorn have been revealed recently. The Stone Garden is located within Blackreach where “The Elder Scrolls Online” players will find a secret laboratory. They should brace themselves for might find there described by developers as “unspeakable” experiments. Stone Garden will introduce a new antagonist named Arkasis, who practices alchemy without limits and even uses “unwilling subjects” for research.

Another new “The Elder Scrolls Online” character, named Lady Thorn, will arrive next month. She will be the boss of the dungeon Castle Thorn where she has been preparing and gathering forces for a war with an unknown target.

As for the game mechanics, both upcoming “The Elder Scrolls Online” dungeons can be played by a four-player team and will be accessible through Blackreach and Western Skyrim zones. Players can choose to explore the dungeons in normal difficulty, but if they want a little more challenge developers are also adding a Veteran mode.

Players who are not too inclined to play the DLC will also have something to expect next month as Update 27 will go live with “The Elder Scrolls Online: Stonethorn.” Patch notes have also been added to the PTS, and one of the gameplay elements that it will update is the Housing system.

“The Elder Scrolls Online” Update 27 will allow players to choose custom paths for their pets, mounts, and assistants in their housing. Players will be able to customize a character’s path through the housing editor.

Continue your journey into the #DarkHeartOfSkyrim with the Stonethorn DLC. Coming to Stadia* and PC/Mac on August 24 and September 1 for PlayStation 4 and Xbox One.

It is important to have this as one of the patch notes of Update 27 because it means players will benefit from it even though they do not have an ESO Plus subscription or have purchased the DLC. On the other hand, “The Elder Scrolls Online: Stonethorn” will likely cost 1,500 Crowns or equivalent to $14.99. The DLC and next patch will be released on Aug. 24 on PC/Mac and Stadia and on Sept. 1 on PS4 and Xbox One.