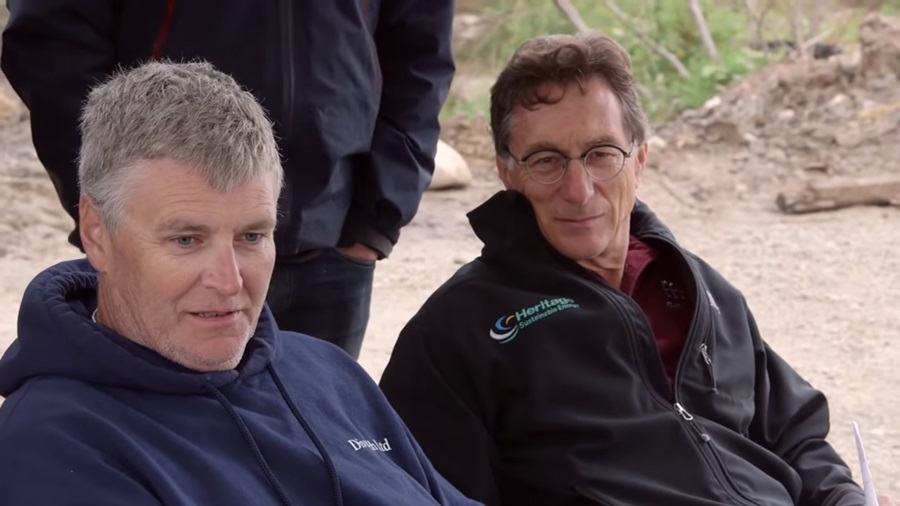 There is a lot of excitement surrounding “The Curse of Oak Island” Season 7 as the team’s effort is taking new heights based on the activity seen around the various area of interests. Unsurprisingly, the Smith’s Cove and Money Pit are still the main locations that are seeing heavy excavations since there’s a lot of speculations that the Masons may have stashed the coveted treasure there.

But apart from the excitement revolving around the possible massive haul, “The Curse of Oak Island” Season 7 will undoubtedly feature one of the underlying factors that make the show riveting. The factor in question is none other than the odd occurrences that are disrupting the team’s dig.

The previous installment already featured this when the sonar ROV that was sent down the H8 shaft suddenly malfunctioned. Although the equipment has been built to operate at a depth of more than one thousand feet, it malfunctioned at a mere 167 feet. “The Curse of Oak Island” Season 7 could feature more of this mysterious happenstance, especially with new equipment arriving in the location.

Local resident Karen Publicover has been doing a great job of providing a lot of updates about the team’s endeavor on her Facebook page called “Oak Island From The Other Side of The Causeway.” Of course, not much can be gleaned about “The Curse of Oak Island” Season 7 from the photos, but it’s still a great source of information since History is keeping everything under wraps.

Returning to the aforementioned odd occurrences, it appears that the team’s equipment isn’t the only ones that are being mysteriously damaged. Danny Boudreau, one of the tourists who have visited the excavation site, said he witnessed this “curse” first hand, MonsterAndCritics reported. Before Boudreau left the area, he decided to take two small stones and an acorn as souvenirs. But when he returned to his car, he found that his tire was flat caused by an “arrow-head shaped” stone. While “The Curse of Oak Island” Season 7 might not feature Boudreau’s story, it is quite curious that peculiar circumstances around the isle have been happening since digging begun in the area.

Indeed, there have been a lot of deaths and mysterious accidents in the isle that dates back all the way to 1795. The isle holds a lot of stories about malfunctioning equipment and other things going haywire, further fueling the mysteriousness that has captured the imagination of thousands of people. As for the release date of “The Curse of Oak Island” Season 7, it’s likely to arrive this November.