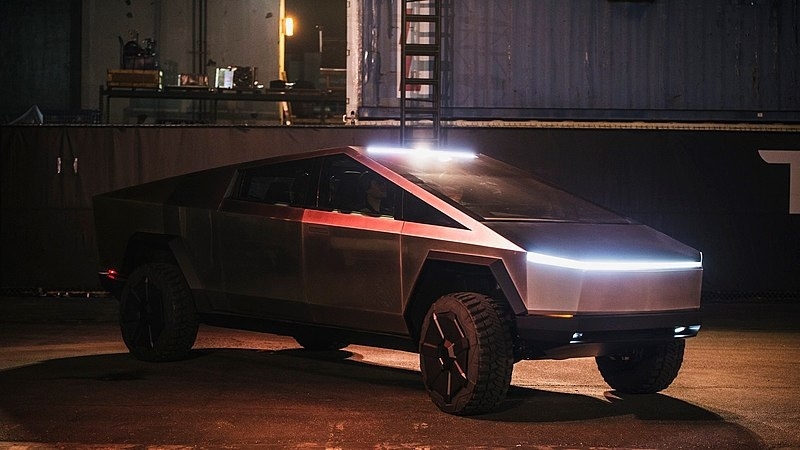 It has been a few months since Tesla unveiled the Cybertruck, but electric vehicle fans should not expect its delivery anytime soon. Meanwhile, CEO Elon Musk has since several details about the electric pickup’s size, features, and design.

In true Tesla fashion, the Cybertruck was announced last November even though its planned production period will not start for more than a year. That does not seem to deter anyone wanting to drive a futuristic-looking pickup in the future.

That production period means the Tesla Cybertruck deliveries could start within the same season. However, fans should note that the company is not new to changing its timelines.

Aside from Musk’s tweets, more details on the Tesla Cybertruck were also revealed when he appeared on Jay Leno’s show in May. During a test drive, Leno asked Musk if there are any changes to expect from the pickup once it hits the road.

At the time, the company exec said they plan on downsizing its overall dimensions by 5%. Musk, however, tweeted later that this change is impossible to achieve after consulting with Tesla chief designer Franz von Holzhausen. He then floated the possibility of Tesla launching a smaller electric truck in the future.

Another aspect of Tesla Cybertruck that is promised to be maintained once it enters production is its bulletproof feature. Musk confirmed to Leno they will be using armored glass for the windows and the door panels will be made of 300-series stainless steel alloy, it is tough enough to be bulletproof.

When asked why it is important to design Tesla Cybertruck as a bulletproof, Musk simply said, “Because it’s bad**s and super cool. ... We want to be the leader in apocalypse technology.” Seeing how 2020 has been going, it is probably good thinking on Tesla’s part to consider the apocalypse in designing upcoming cars.