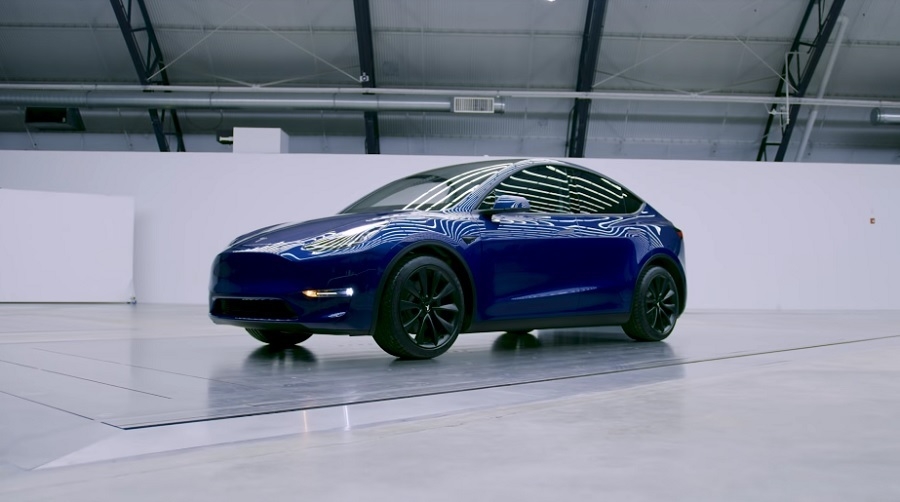 From a promo video of Tesla Model Y. | Photo by Tesla/YouTube screenshot

Tesla will close 2019 with one more major announcement. Its highly anticipated all-electric pickup, now commonly dubbed as Cybertruck, is confirmed to be unveiled on Thursday, Nov. 21.

Talks about the Tesla Cybertruck have been more active this year, especially after Tesla CEO Elon Musk confirmed that they had reached the final stages of building the vehicle. Now, fans of the electric vehicle brand around the world only have a week left to speculate how it would look like.

Musk first announced the Tesla Cybertruck unveiling event earlier this month. This week, that materialized as the official invites have gone out. It was reiterated that the new vehicle will be launched on Nov. 21.

As he previously told his Twitter followers, the event will take place at the Tesla Design Center in Hawthorne, California, that is located near the SpaceX headquarters. The invitation indicates that the Tesla Cybertruck unveiling event will have segments held indoors and in an outdoor setting. Attendees are then advised to have “light outerwear” ready, given that the season is already approaching the latter parts of fall.

Cybertruck unveil on Nov 21 in LA near SpaceX rocket factory

Tesla has successfully avoided the Cybertruck’s design and specs getting leaked before its announcement. What people only for now is that the vehicle has been compared with Ford F150 pickup truck several times. Musk has also made some references to the 1982 sci-fi film “Blade Runner” that some electric vehicle fans cannot help but anticipate that this will extend to the actual appearance of the car.

The event will certainly focus on the pickup truck’s design and specs. Like in previous Tesla events, the company would likely reveal the release date window of Tesla Cybertruck on Nov. 21 as well.

Tesla trademarks ‘Cybertruck’ ahead of the new vehicle’s launch

It appears that Tesla Cybertruck is going to be the vehicle's official name and could even be stylized as “CYBRTRK.” Tesla Motors Club member with username GenSao revealed finding the trademark filing the company has filed for the words “Cybertruck” and “Cybrtrk,” along with a logo for the latter. The trademark documents were filed a day after Musk announced the unveil event date, which was possible Tesla’s way to avoid the name getting leaked by a third-party source.