Taylor Swift to marry Joe Alwyn soon? Couple is said to be engaged as fans found a hint 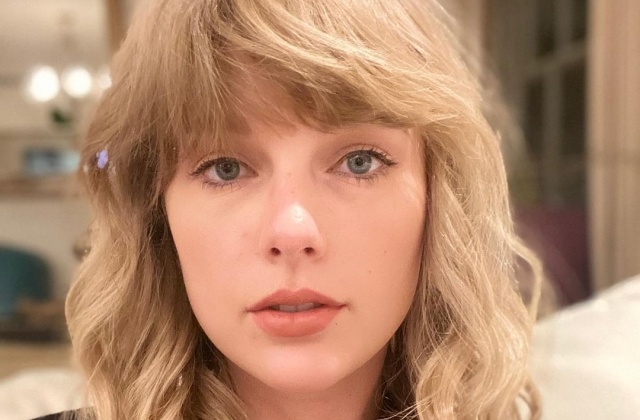 Taylor Swift and Joe Alwyn are believed to have started dating in 2017. It is not clear because the couple never publicly discuss their love life and refuse to comment on their relationship.

Now it was reported that Taylor Swift and Joe Alwyn are already planning to marry but before that, they will be announcing their engagement first. Based on the rumor, the “You Belong With Me” songstress can’t wait to tie the knot with the English actor who she has been dating for a while now.

As per the National Enquirer, Taylor and Joe will be confirming their engagement one of these days and it will be very soon. The couple’s friends are also said to be talking about their plans to have a baby and Taylor allegedly wants to create a big family with her groom.

The magazine went on to claim that Taylor Swift and Joe Alwyn have also talked about their living arrangements in the future since they are residents of different countries. Based on the claims, once they get married, they will be staying in Tennessee for most of the holidays since this is the singer’s main family home.

When it is already safe to travel, they will be heading to the U.K., where they also have a home. This means that they have agreed to fly back and forth, especially on special occasions.

“They have been unofficially engaged for the longest time now,” the so-called source supposedly told the National Enquirer. “Once the two do get engaged, there’s no rush for the wedding because they want to enjoy their engagement.”

Teen Vogue reported that fans found a clue that suggests Taylor Swift and Joe Alwyn are already engaged. It was said that in the singer’s re-recorded version of “Love Story,” she may have admitted that Joe already proposed and they are getting married.

Part of the song was released this week and in the clip, fans are saying they found something in the lyrics that confirms Taylor Swift’s engagement. They pointed out that there was a bit of change in the lyrics.

Meanwhile, Gossip Cop opined that it is hard to say if Taylor Swift and Joe Alwyn are really planning to publicly announce their engagement but based on the circumstances and evidence, it is more likely, that the National Enquirer report about the couple is false.