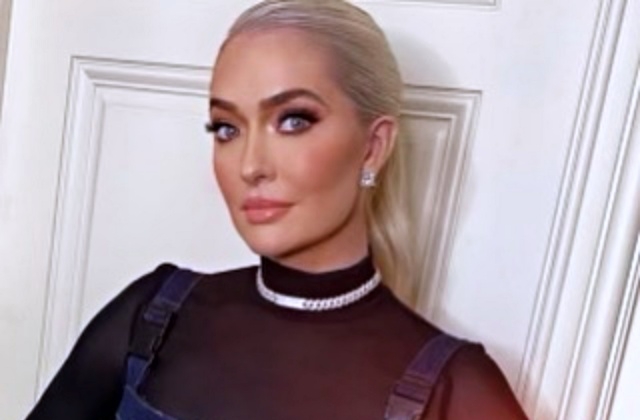 Erika Girardi and her husband Tom Girardi may be divorced now but they have been named as the culprit in the alleged fund embezzlement case involving the victims of the Boeing plane crash. The couple was sued by Edelson PC, a law firm, on behalf of the victims of Lion Air Flight 610.

Based on the federal court documents, the lawsuit was filed on Dec. 2. It was claimed that Erika Girardi and her husband embezzled settlement funds that were meant for the victims of flight 610 but they used it to sustain their extravagant lifestyle.

Fox News reported that Erika Jayne’s husband and Girardi Keese law firm are going down due to debts. They are said to be having great financial issues and they have nowhere to go now but spiral down due to the dwindling funds coupled by mounting debts.

It was added that Tom and Erika Girardi’s outrageous lifestyles are also the reason why the funds have been depleting at a fast rate. This is also said to be one of the reasons why the couple filed for divorce earlier this year.

The suit indicated that millions of dollars are involved and the couple supposedly used them instead of giving them away to the families of the plane crash. In the documents, it was stated that the two wanted to remain rich and famous thus they went as far as misappropriating funds that are not meant for them.

Edelson PC is also suing other entities like lenders and creditors for the wrongful way they became wealthy, breach of contract, unjust accounting and other offenses. These people will stand as Erika Girardi and Tom's co-defendants in the suit.

"At the heart of this deception is Defendant Girardi and his need to fund outrageous lifestyles for himself and his soon-to-be ex-wife, Erika Jayne,” part of the complaint reads. “Tom and Erika have reached celebrity status in the glitz-and-glam world of Hollywood and Beverly Hills."

The divorce is allegedly a sham

Now, with this lawsuit of fund embezzlement, it was alleged that the “Real Housewives of Beverly Hills” star only filed for divorce this month to protect herself, her husband and their money from the case, US Weekly reported. The complainants stated that while Erika filed for divorce, this is just an attempt to avoid people who try to collect money for the amount they owe.

Meanwhile, Erika Girardi reportedly declined to comment on this new case hurled against her and her soon-to-be ex-husband. On the other hand, Tom Girardi did not respond to the inquiries.