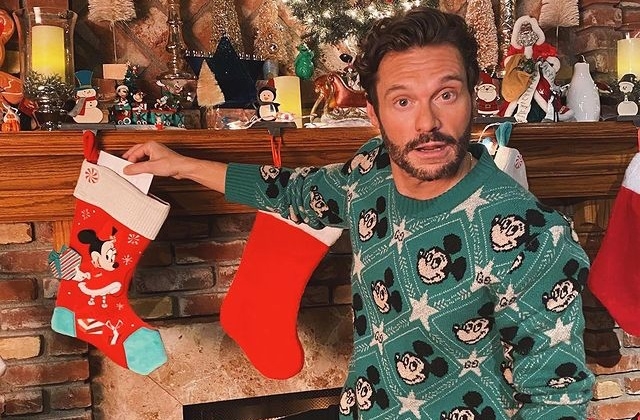 Ryan Seacrest is allegedly going blind and this resulted from his love for botox injections. The 45-year-old host’s overall health condition is said to be bad including his mental state.

Ryan is losing his eyesight?

As per the National Enquirer, Ryan Seacrest left the viewers of the “American Idol” in shock after seeing his “weird” eyes on-screen. They saw him with half-closed eye and many commented that he could be suffering from a stroke at that moment.

Ryan’s rep reportedly insisted that the host was only very tired because of his demanding work schedule. However, an insider who knows him has a different opinion and shared what he thinks to the tabloid.

“It could well have been a reaction to a Botox injection administered by himself or someone else at his home as most Hollywood cosmetic surgeons are still closed,” the source told the National Enquirer. “It would be deeply concerning especially if it had been done wrong because it could ruin his eyesight and go blind!”

The tabloid went on to claim that it talked with plastic surgeon Yoel Shahar who told them that a mistake in the application of Botox could take months to heal. The doctor allegedly said that if someone injected him and the needle went a little too far down and hit a muscle, it can lead to paralysis around the eye.

The doctor supposedly added that Ryan Seacrest may suffer from lasting eye damage and this is just one of the bad scenarios. Sharar warned that the droopy eye that fans saw could be ptosis where his eye muscles were affected. Another doctor said that it could also be indicating something that will force the host to quit and not appear on TV forever.

The truth about Ryan's health and eyesight

Gossip Cop reached out to Ryan Seacrest’s spokesperson to get comments about the rumor of the host going blind due to botox. The gossip police was told that the report is totally wrong which means there is no truth in what the National Enquirer has reported.

Ryan Seacrest is fine and not suffering from any illness or injecting himself with botox. His eyesight is fine as well and in fact, on his Instagram page, people will know that he is not blind but rather, he is healthy and still being his goofy self.