Taylor Swift, Joe Alwyn 2019: Did the ‘Blank Space’ Singer Get a Boob Job? 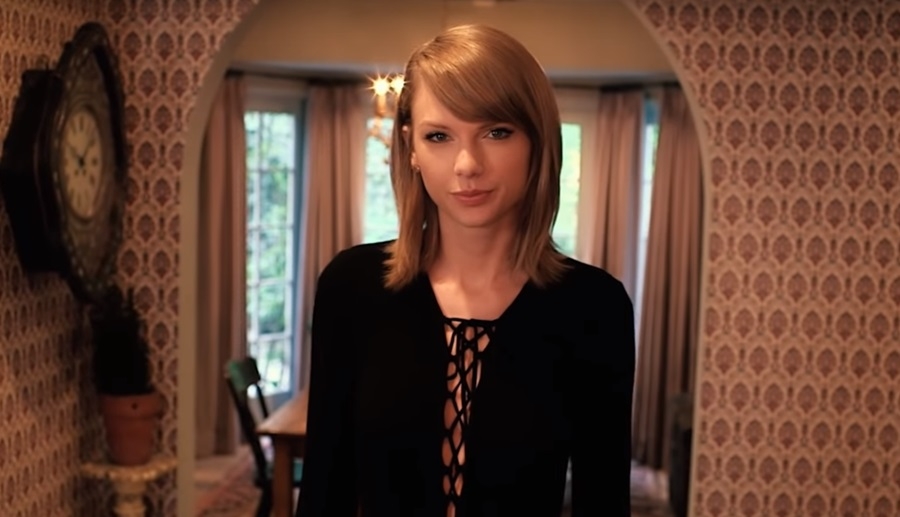 Photo via Screenshot of Vogue/Youtube

A rumor that Taylor Swift got a boob job is making the rounds on the web recently. Some fans are convinced that the pop sensation got a bit of work done on her chest as her Versace dress, during the recently-concluded 76th Golden Globe Awards, showed off her rocking figure. A quick comparison online does show some difference about the size, although this could just be a push-up bra and nothing more. Whatever the case, the 29-year-old pop icon seems happy enough as it is and it appears that Joe Alwyn is one of the major reasons for the star’s glow.

Taylor Swift and Joe Alwyn made quite the couple during the 76th Golden Globe Awards, where they were seen mingling with other celebrities. The pop sensation’s appearance isn’t surprising since she’s been attending Hollywood parties and events where her beau’s film has been featured.

“The Favourite,” a movie where Joe Alwyn played a character named Masham, received five Golden Globe Award nominations and won two, the Grand Jury Prize and the Volpi Cup for Best Actress. Although the British actor played a minor role in the film, Taylor Swift is still proud of her beau.

After the awarding, the couple was seen attending the after-party where they were seen hanging out with Emma Stone and boyfriend Dave McCary. Taylor Swift attracted a lot of attention during the gathering with Netflix chief content officer Ted Sarandos asking for a picture with the “Blank Space” singer. But, even though a lot of stars were vying for Swift’s attention, the music icon’s eyes were supposedly glued to Joe Alwyn for most of the night.

This, too, isn’t surprising since the singer is apparently quite taken with the British icon. It’s still unclear how exactly Taylor Swift and Joe Alwyn’s relationship started as they did a pretty good job at hiding it to the public. If rumors are to be believed, however, the pair supposedly became close during the Met Gala that was held in May 2016.

It wasn’t until a full year had passed that news of their romance would reach the public. By that time, it’s been purported that Taylor Swift and Joe Alwyn have been dating for months, with the singer apparently using disguises whenever they went out in public.

Of course, all of these are just whispers going around. Taylor Swift hasn’t done any major interviews in the past year. As such, the media hasn’t really sat her down and asked her about details regarding her romance with Joe Alwyn. For his part, the British actor previously said that he isn’t too keen to share details either since their relationship being relatively off the radar has done wonders for them both.