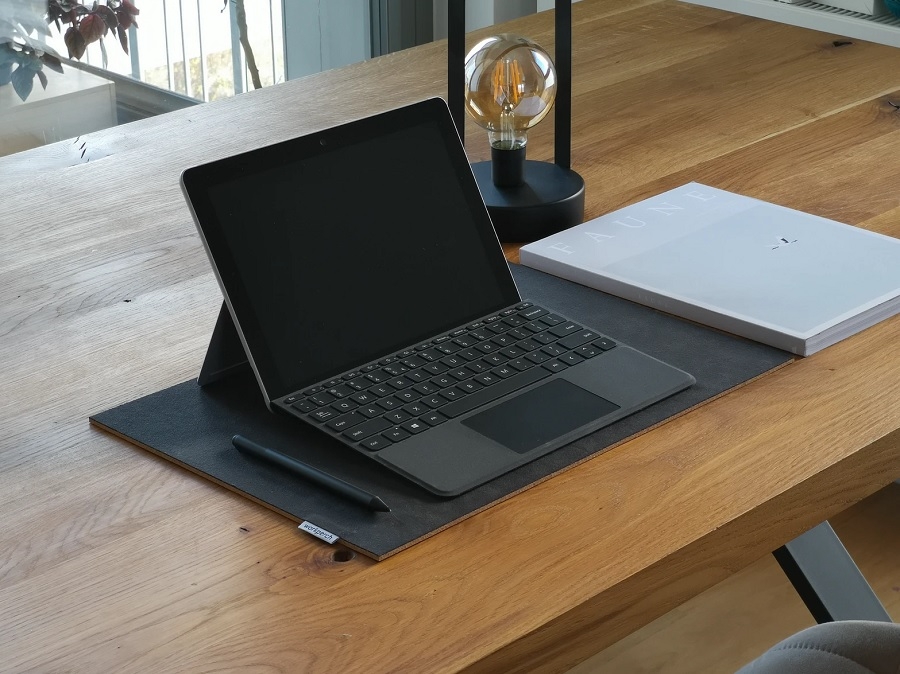 Aside from the high-end Surface devices, Microsoft is also expected to refresh the product lineups on the lower-end of the shelf. Recent reports suggest the Surface Go 3 will be part of the company’s hardware launch event later this month.

Over the last few weeks, reports about the more powerful Surface devices have entered the rumor mill. More recently, WinFuture reported that Microsoft is also planning to introduce the Surface Go 3 this fall.

The tech news site, which has been a reliable source of leaked information, reported that the Surface Go 3 will look similar to its predecessor. The upcoming 2-in-1 detachable tablet’s size is expected to remain the same as the device released in May 2020. It is then worth noting that the Surface Go 2 shipped with 245 mm x 175 mm x 8.3 mm dimensions.

Surface Go 3 will still sport a 10.5-inch display with Full HD (1920 x 1280) resolution. But the report did not specify if it would come with Microsoft’s PixelSense tech. The detachable tablet is also expected to feature a fold-out stand allowing owners to use it like a clamshell-type laptop. If there are no major design changes planned, the source says the device could also sport a casing made of magnesium alloy.

The bigger changes in the Surface Go 3 are in its under-the-hood components. It is expected to ship with newer processors, but the report confirmed Microsoft will still use Intel-based SoCs. The higher-end variant would be powered by the quad-core Intel Core i3-10100Y advertised with a base clock speed of 1.1GHz and a boost frequency of up to 3.4GHz. WinFuture took note of a Geekbench test that indicates the 8GB RAM will be retained as well.

A cheaper variant of Surface Go 3 is likely to be released as well. It is expected to ship with Intel Pentium Gold 6500Y and 4GB RAM.

When is Microsoft’s Surface event?

Microsoft confirmed last week that it is hosting the next Surface event later this month. The company did not mention the products it would announce, but the reports over the last few weeks should give tech fans some ideas.

Surface Go 3 and other devices could be announced at the said event happening on Wednesday, Sept. 22, at 11 a.m. ET. Microsoft has yet to provide details about the event’s broadcast, but the official Surface channel on YouTube is one possibility.

Photo by Workperch on Unsplash