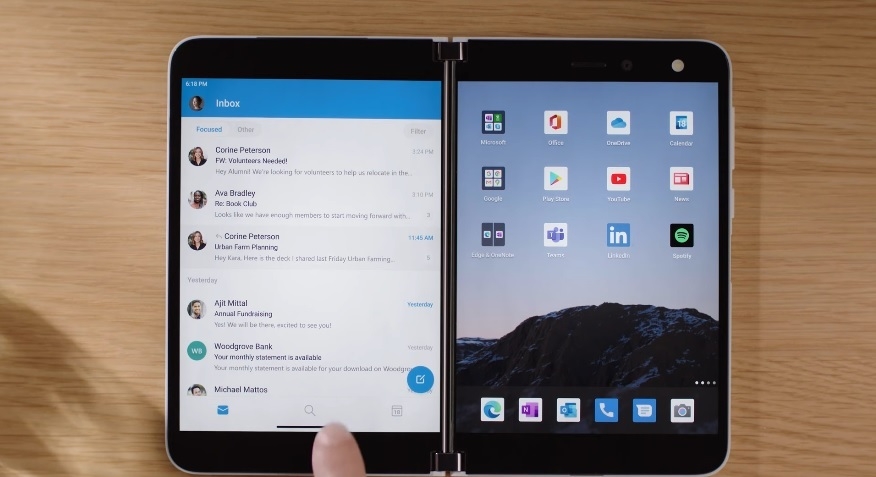 When Microsoft launched the Surface Duo last year, many tech fans were underwhelmed with some of its technical specifications. The good news is the company’s second iteration of the dual-display device is looking better with powerful flagship-level specs, per the latest leaked information.

A benchmark test for “Microsoft Surface Duo 2” using the Geekbench 5 platform was uploaded last Friday (via MySmartPrice), revealing some of the potential core specs of the rumored device. Interestingly, benchmark results for unannounced devices are typically uploaded with just model numbers or codenames. This one, however, is plainly called Microsoft Surface Duo 2.

The Geekbench 5 data does not specifically name the Snapdragon 888 under Surface Duo 2’s CPU information. But the details about its base frequency and processors match Qualcomm’s SoC, including four cores of 1.80GHz, three cores of 2.42GHz, and a single core of 2.84GHz processors.

Meanwhile, under memory information, the Surface Duo 2 Geekbench result indicates the device has a usable 7.10GB. This will likely be advertised as 8GB RAM.

So far, these are the only specs revealed in the Surface Duo 2 benchmark test. But they should be enough to show that Microsoft is serious about upgrading the device. The first Surface Duo launched in the fall last year with the 7nm Snapdragon 855, which had been more than a year old at the time. Its RAM capacity was only 6GB without other configurations, and it was already quite widely available even among mid-range smartphones.

A much earlier leak may have also revealed that the Surface Duo 2 is due for a significant redesign. The hinges that make it fittingly named “duo” will remain, but Microsoft is rumored to be adding a rear-facing camera array. The preceding folding device only had one sensor -- a measly 11MP sensor -- that served as both the main and selfie camera.

Microsoft is anticipated to have a launch event before the year ends, and Surface Duo 2 might not be the only product it would announce. Rumors about the Surface Book 4 and Surface Pro 8 have also been making headlines in recent weeks, and they are speculated to be some of the first devices to ship with pre-installed Windows 11.