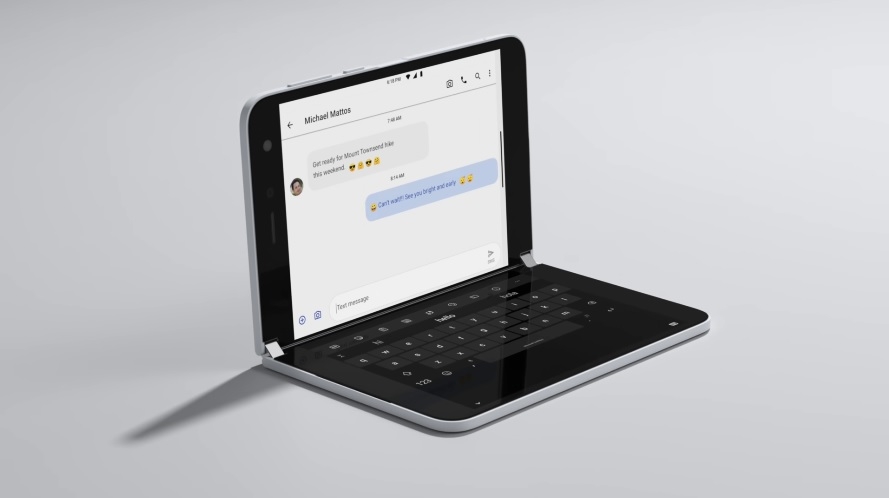 The long wait is over for the first Surface Duo to be updated to a newer version of the Android operating system. Microsoft announced on Monday that the update has started to roll out, along with new features to make the multi-screen device easier to use.

The first Surface Duo entered the market in September 2020, just a few days after the public release of Android 11. So, at the time, it was somewhat understandable that the device launched with an older version of the operating system (Android 10).

However, as time went by, it did not go unnoticed that a substantial software update had been missing for the device. It was further highlighted late last year when Google officially released Android 12, while Microsoft was mum on the software update for the original Surface Duo.

The good news is Android 11 is finally coming to the 2020 Surface Duo units this week through the software version 2021.1027.156. Users can check if the OTA update is already available for them by opening Settings > System > System update. 9To5Google reports the update will need 2.38GB of storage space. On a support page, Microsoft notes that users cannot go back to an earlier software version once the update is completed. Upon completing the installation, Surface Duo users need to press the Restart now button.

Microsoft added that the software version 2021.1027.156 rollout is now available for Surface Duo users in Europe and North America. However, those who purchased the locked and unlocked versions of the foldable device from AT&T still have to wait as the update is still in testing and awaiting final validation.

The changelog for the latest Surface Duo update is straightforward and indicates that all Android 11 features will be added to the device. Microsoft has also added new device-specific features that should improve the overall Surface Duo experience. One of them allows users to choose how they want to answer phone calls when the device is folded. Users can also choose specific apps that they want to be displayed across both screens upon launching them.