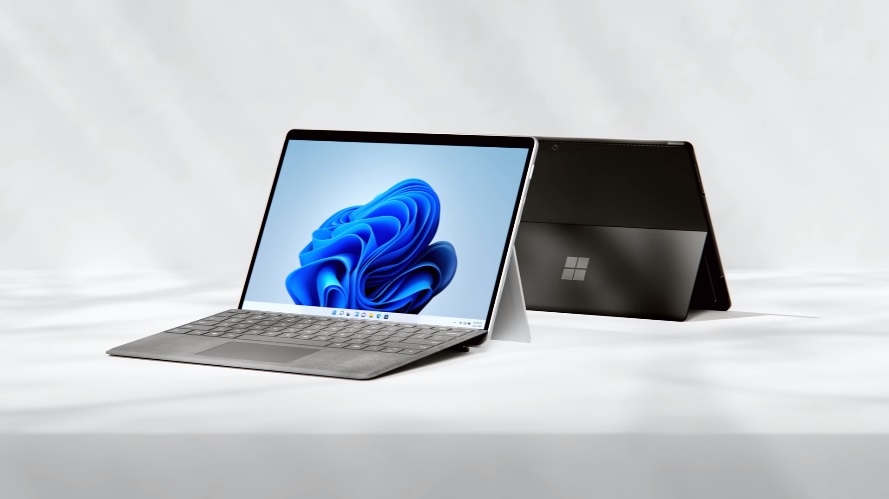 People following the Surface Pro line over the years might agree that the Surface Pro 8 is worthy of being called a next-generation product. Following Microsoft’s launch event on Wednesday, the 2-in-1 tablet computer is confirmed to ship with the first solid redesign on a Surface Pro in years.

Microsoft has joined the trend of reducing display bezels. As a result, the Surface Pro 8 sports a larger 13-inch screen without changing its dimensions too much. There is also a significant improvement in screen performance.

The device will play content and function at 60Hz by default, but Microsoft confirmed that it could increase to 120Hz refresh rate. The screen resolution has also slightly increased to 2880 x 1920, but the pixel density is maintained at 267 PPI like in Surface Pro 7.

Customers can choose among three processors for the Surface Pro 8, including the dual-core 11th-gen Intel Core i3-1115G4, quad-core Intel Core i5-1145G7, and quad-core Intel Core i7-1185G7. Microsoft also confirmed that the new 2-in-1 tablet computer comes with removable SSD options from 128GB to 1TB. There will be three RAM capacities available -- 8GB, 16GB, 32GB -- that use LPDDR4x.

More accessories should be compatible with the Surface Pro 8, along with faster data transfer speeds, as it sports two USB-C ports with USB 4.0 and Thunderbolt 4 tech. Microsoft did not mention the specific battery capacity of the device, but it is advertised with a battery life of up to 16 hours.

The Surface Pro 8 comes with two cameras, including 5MP front-facing and 10MP rear-facing sensors. Both lenses can capture videos in 1080p, while the latter has an autofocus feature and 4K video mode.

Microsoft also made it clear on the Surface Pro 8 page that the device is equipped with the TPM 2.0 chip. It is one of the most crucial system requirements for Windows 11. But if that is not a clear enough indication, the company has also listed “Windows 11 Pro” as a supported operating system.

The company is now accepting pre-orders for Surface Pro 8 starting at $1,100. But the new 2-in-1 tablet computer will not ship until Oct. 5, the same day the Windows 11 rollout begins.