‘Super Dragon Ball Heroes’ Episode 24 is delayed; Here’s what to expect when the series returns 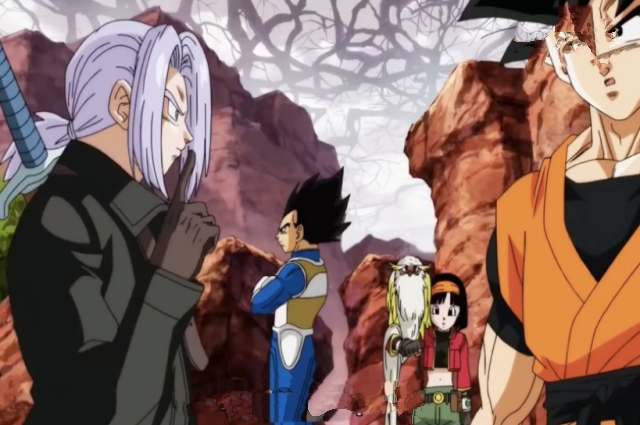 One of the most awaited anime episodes is the 24th story of “Super Dragon Ball Heroes.” This is the fourth episode in the Big Bang Mission arc and things are heating up since the real enemies of the Z fighters have finally shown themselves.

In the very third episode, it was revealed that the heroes’ foes are not the gods of destruction but it is Fu who wants to create his own world. However, to do this, he needs to suck up all the energy of the planets and everything in it.

Knowing that the Z-fighters will stop him, Fu also gathered individuals who would be willing to support him and fight the heroes. He managed to gather people and they have now set out to destroy Goku, Vegeta, Trunks and the others.

This anime is already in the middle of face-offs between the good and bad. “Super Dragon Ball Heroes” episode 4 has been titled “Creeping Shadow! The Mysterious Man Dr. W!” and as posted on Twitter by an expert in the show, Dragon Ball Hype, the translated synopsis of this episode reads “As Turles and Bojack’s fierce fight with Goku and Vegeta unfolds, from DogiDogi released dark and sinister light is pouring down.”

It was added that “Super Dragon Ball Heroes” episode 24 will highlight the battle between Xeno Goku and Xeno Vegeta against Dr. W. But it turned out that this mysterious doctor is also strong because he can dodge the duo’s attacks. He also appeared to be not intimidated at all and perhaps, it is because he knows how to crash Goku and Vegeta?

When the lineup of villain fighters under Fu was revealed many of the old villains have shown up and it includes Turles and Bojack. Now they were sent to fight Goku and Vegeta in “Super Dragon Ball Heroes” episode 24. The latter was surprised that Turles is still alive and he demanded to know how he survived but of course, the enemy will not explain it.

On the other hand, Dr. W was sent to fight Xeno Goku and Xeno Vegeta. This would be interesting because little is known about this doctor yet. It seems that Trunks will be in danger as Fu suddenly appeared in front of him but what this villain will do is yet to be seen in “Super Dragon Ball Heroes” episode 24.

As of this time, the release date for “Super Dragon Ball Heroes” episode 24 is not confirmed yet. There is no announcement from Toei Animation but it should come soon.