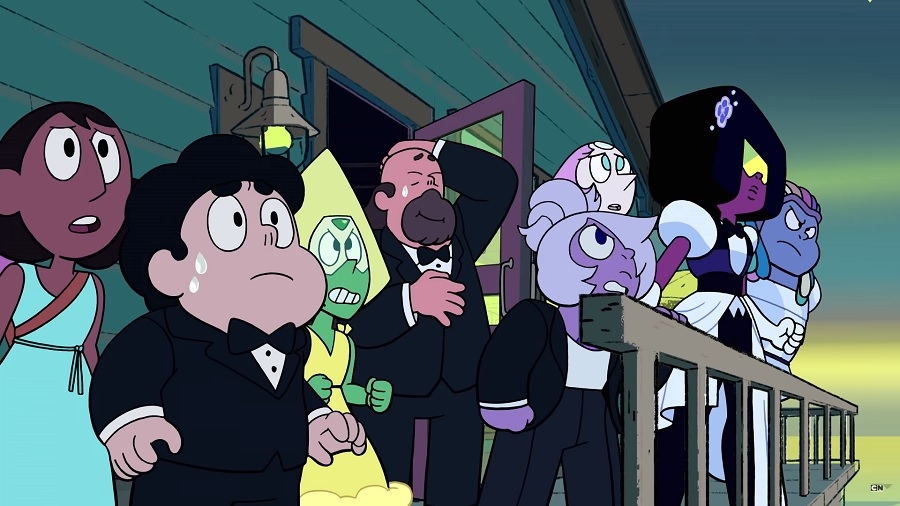 Cartoon Network surprised fans this week upon announcing the release of “Steven Universe: Diamond Days." The update also revealed the official poster for the upcoming arc where fans can get some details to speculate on possible storylines.

“Steven Universe: Diamond Days” starts with Steven and the Crystal Gems' travel to Homeworld where the titular character meets White Diamond for the first time. The way White Diamond is portrayed in the promotional image suggests that she could be the main antagonist in the upcoming arc.

While Cartoon Network bills “Steven Universe: Diamond Days” as an all-new arc, note that it premieres with a not-so-new episode titled “Legs From Here to Homeworld.” This installment was originally shown at the San Diego Comic-Con last July. It is yet to be released on the Cartoon Network channel but it has been streaming online since July.

The next arc picks up from the widely celebrated wedding of Ruby and Sapphire and with Blue Diamond and Yellow Diamond learning that Pink Diamond was not completely shattered. But the main highlight in the “Steven Universe: Diamond Days” premiere is White Diamond’s appearance for the first time ever in the series.

White Diamond is seemingly evil-laughing in the “Steven Universe: Diamond Days” poster and it was also clear that she was not pleased with Steven’s arrival in Homeworld. Even before hearing their purpose of traveling to space, White Diamond sent Steven to isolation, which is where the latest episode ended.

The first episode of “Steven Universe: Diamond Days” also implied that White Diamond has been well aware of what really happened to Pink Diamond. The Homeworld ruler even addressed Steven as “Pink” at one point. This leads to the speculations that White Diamond might have encouraged Pink Diamond to start a rebellion so White can claim leadership over Homeworld.

“Steven Universe: Diamond Days” premieres on Monday, Dec. 17, at 7:30 p.m. ET on Cartoon Network. Broadcasting Cable reports the episodes are each accompanied with five new original songs to be released per week. The arc ends with a finale special on Jan. 21, 2019. After that is likely another hiatus.