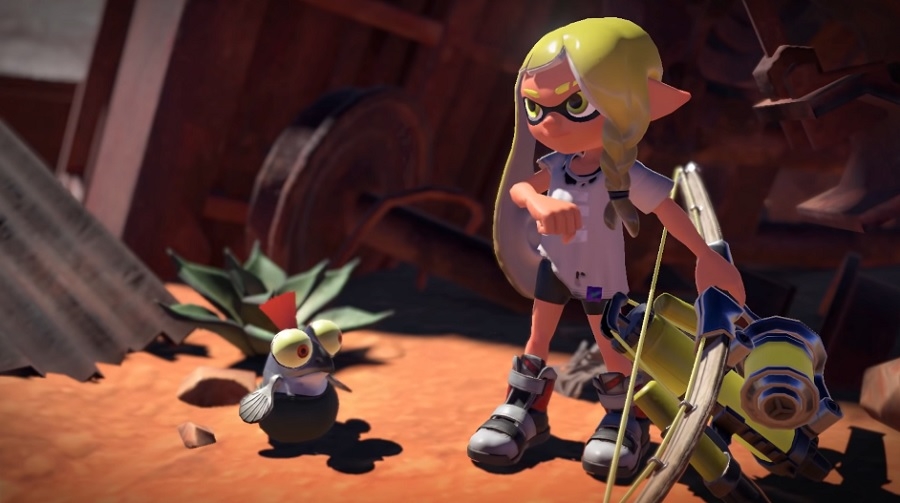 Since the announcement of the “Splatoon 3” release date, Nintendo has been providing information on the new weapons launching in the upcoming game. Long-time fans of the series should not worry, though, as the developers confirmed several fan-favorite weapons are also making a comeback.

The official Twitter page for “Splatoon” North America confirmed in a series of tweets that three weapons from earlier “Splatoon” will return for the third installment of the series. The list includes the staple Splattershot, which fans often see in most teasers for previous games. The Splattershot is popular among fans because it packs ample power, range, and fire rate capabilities that make it a good choice for beginners and high-level players. Luckily, Nintendo has confirmed its return for “Splatoon 3.”

Squid Research Lab here again with a special report on "shooter" weapons. On the surface, shooters are pretty straightforward. You press ZR—you shoot! But the range of functions and features these weapons possess is quite impressive indeed! Let's take a deep dive. pic.twitter.com/Qrv9ZlYqaq

Another main weapon returning in “Splatoon 3” is the smaller Splattershot Jr. While it comes in a different design, it also changes color based on the player’s ink. While it is not the most accurate and most damaging weapon in the series, players have become fond of the Splattershot Jr. as it allows them to fire continuously with 200 shots before it needs to reload ink.

The fan-favorite .96 Gal will be available in “Splatoon 3” as well. Fans may recall that it is designed to look like a water cooler and its bulkier form allows it to inflict higher damage in every shot. But the high-caliber weapon also consumes more ink in each fire, which means it requires ink tank refill after fewer shots.

It appears that the .96 Gal is one of the older weapons to receive some updates in “Splatoon 3.” The developer said on Monday, “The ink tank has been modified to Splatlands specifications, and the barrel is sourced from a water-purification device.”

Squid Research Lab here with breaking news! We've identified another new weapon—the formidable Ink Vac! This special device is equipped with a massive nozzle capable of inhaling the ink from an enemy's attack and sending it back via a powerful counterattack. pic.twitter.com/JnxNWBV4Gv

Players who want to experiment with new weapons will have a few options as well. Nintendo previously unveiled the Ink Vac and Triple Inkstrike that will launch with “Splatoon 3” later this year. These new weapons are unique compared to the returning items from previous games.

The Triple Inkstrike has a missile launcher and can be equipped with three ink missiles, along with three beacons that can create an ink tornado. As the Ink Vac’s name suggests, it has defensive and offensive abilities as it can inhale ink shots from enemies and fire them back at the opposing team. “Splatoon 3” will be released on Sept. 9 on Nintendo Switch.