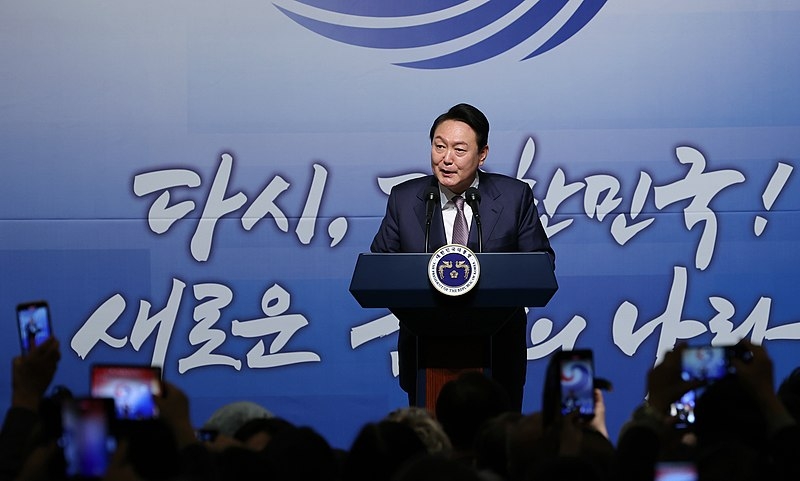 Tensions remain high in the Korean peninsula following the multiple weapons tests that North Korea has carried out so far this year. South Korean President Yoon Suk-yeol has warned that Seoul will issue a stern response should North Korea make provocations.

Reuters reports that Yoon has ordered the South Korean military to issue a stern response to the provocations that may come from North Korea. The order also comes at a time when Pyongyang is believed to be preparing for its first nuclear test in five years.

Yoon presided over a meeting with the country’s top military commanders and called for strong capabilities in order to deter the missile and nuclear tests from North Korea.

“President Yoon said strong defense capabilities should be ready to protect the country’s security and national interest as the security uncertainties surrounding South Korea and Northeast Asia are growing more than ever,” said the presidential office.

The meeting with the military follows the arrival of US Air Force F-35A stealth fighters in the country in its first publicly announced visit since 2017. The arrival of the aircraft also comes as the allies are looking to show their military strength in the displays of their arsenals.

Last week, Yoon met with US President Joe Biden and Japanese Prime Minister Fumio Kishida on the sidelines of the NATO Summit in Madrid, marking the first time the leaders from South Korea and Japan attended the alliance’s conference, but as observers. All three agreed to strengthen military cooperation to deter North Korea.

During the summit, Yoon delivered remarks warning of a threat to universal values at a time of conflict and competition, indirectly referring to Russia’s invasion of Ukraine along with China’s engagement with Russia.

“As a new structure of competitions and conflicts is taking shape, there is also a movement that denies the universal values that we have been protecting,” said Yoon in his speech, according to a South Korean official.

Without directly mentioning China and Russia, Yoon also said the international community was facing complex security threats that cannot be solved by one country alone, according to the official.